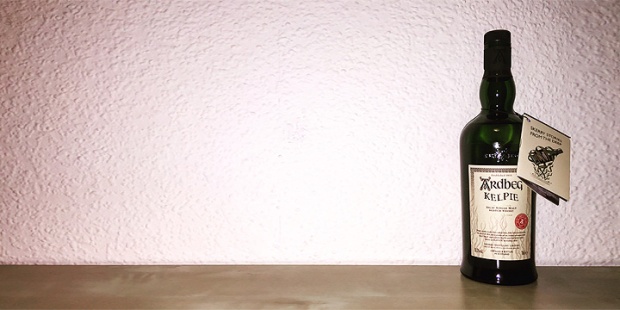 In Scottish mythology, kelpies are shape-shifting water spirits that can either take the form of a horse or a human. Spending almost all of their time on the grounds of lakes and other waters, they are elusive beings that are rarely seen and almost never caught. The latter, they  have in common with Ardbeg’s new annual bottling, which is named after these mythical creatures. Especially the limited Committee Release in cask strength, which was exclusively offered to the Islay distillery’s fan club members on March 16, is almost as hard to get hold of as an actual kelpie. In next to no time, it was sold out from Ardbeg’s online stores across the globe. With my credit card at hand and the order form opened simultaneously on two devices, I was lucky to score an Ardbeg Kelpie – Committee Release this year! And since I believe that such whiskies are made for drinking, I uncorked my bottle the day I received it. Inside, I found a tangy single malt Scotch whisky with a pervasive martime note. While many an island dram appears to be “shaped by the waves”, this one is “designed by the deep”. If you managed to grab a bottle or a sample of the new Ardbeg, pour yourself a glass and let the Kelpie carry you off to the muddy bottom of the sea! And if you came away empty-handed this time, try to grab the regular version bottled at 46 per cent. It will go on sale on June 3 and I am sure it will be as sublime as the cask strength edition!

Eye: A treasure chest full of old coins raised from the ocean floor.
Nose: One sniff is all it takes for the Kelpie to drag you down into its underwater realm. Take a deep breath and discover salt, shells, seaweed, iodine and smoked mackerel.
Palate: As expected from a tentacle-wobbling water spirit, the Kelpie has an oily mouthfeel and a robust stature. It is a little nutty at first, then turns into a salty direction and ends with a slightly bitter note. The smoke is also in there, but it is less dominant than you might expect.
Finish: Once it has you in its grip, this mythical creature will not let you go again. Expect a long finish characterized by cooled-off black tea, salt-tanged seawater and smoldering driftwood.