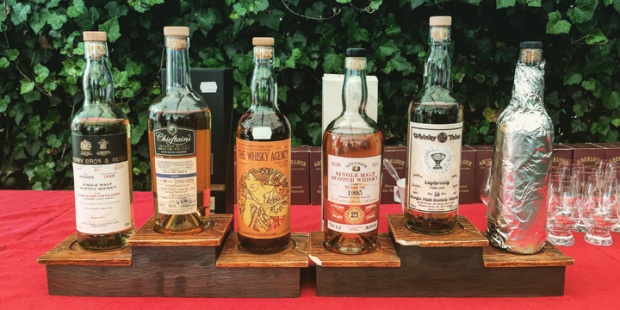 There is no question that Helgoland, which is Germany’s only island in the open sea, is my favorite place in my entire homecountry. Not only is that red rock in the North Sea unbelievably beautiful, but it also makes you feel relaxed and chilled from the moment your feet touch its ground. Well, actually the part where you carry your baggage to the hotel is not that relaxing, but once you worked your way through that, Helgoland is the perfect place to find rest and tranquility. No cars, not even bicycles, to disturb you. You can watch seals and sea birds, take long walks on the uplands or just sit down by the harbour and watch a picturesque sunset over the North Sea.

Another thing Helgoland is famous for is the fact that you can go on a tax-free shopping tour there. Consequently, many of the small shops on the island offer a wide range of spirits such as rum, vodka and whisky. If you are interested in the latter and looking for current releases or independent bottlings, you should definitely visit Heiner’s Duty Free Shop in the uplands. As you might have read on our blog a few days ago, he also offers whisky tastings every Thursday during the summer season. But the last time Tobi, his girlfriend, my wife and me visited Helgoland, we also had the chance to attend a master class with six different independent bottlings, of which the last one was savoured blindly.

Our first whisky of the evening was a Glen Elgin 21yo by Berry Bros, a very fruity dram with lots of bananas, quinces, apricots and a pleasent sweetness. If anyone still doubted the quality of tonight’s whiskies, these doubts were gone for good now. Up next was a Jura 19yo by Chieftain’s from a bourbon barrel. This was one of my two favorites of the evening with notes of slightly burnt caramel, sugar, vanilla, coffee and a dash of salt.

From Scotland we then did a short side trip to Tennessee. If you are, like me, a lover of malt whisky, bourbons might always feel a little exotic to you. In this case, it was a 13-year-old Tennessee Bourbon Whiskey selected and bottled by The Whisky Agency that brought some out-of-the-ordinary notes into the tasting. Among others, I found coconuts, pineapples, rum, chocolate, honey and vanilla in it. We then went on to a Laphroaig 18yo by Whisky Tales, which was full of the distillery’s typical medical notes. In the mouth it was surprisingly sweet with brown sugar and caramel.

Before we got to the grand finale, we were served a last appetizer. The 21-year-old Tormore by Swiss bottler The Whisky Cask Company was a very complex whisky with notes of raisins, vanilla, chocolate, coffee and a slight bitterness. In the end of the evening most of the fifteen participants picked this dram as their favorite. As I said in the beginning, we tried the last dram of the evening blindly, i.e. without seeing the bottle or getting any information. We were encouraged to make guesses, but in the end no one fully hit the bull’s eye. Almost everyone thought this was a Speyside whisky from a rum or a port cask, approximately 10 years of age. So the whole group was rather surprised when Heiner lifted the secret and told us that we had a Teeling 14yo from a port pipe bottled by Hotel Essener Hof in our glasses. One way or another, this was an extremely delicious dram and that is why I had to take home a bottle of this beauty. All in all, it was a really fun night and I hope to be back on the red rock soon. Also, I have a feeling that we will plan our next trip to Helgoland in a way so that we can combine our stay on the island with attending another one of Heiner’s fantastic tastings. 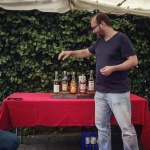 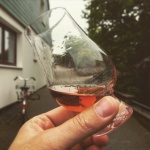 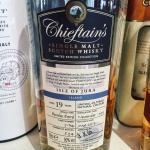 Isle of Jura 19yo 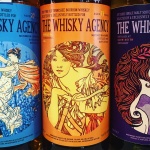 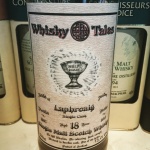 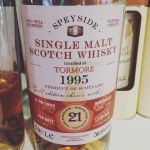 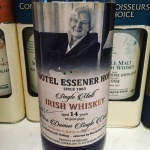