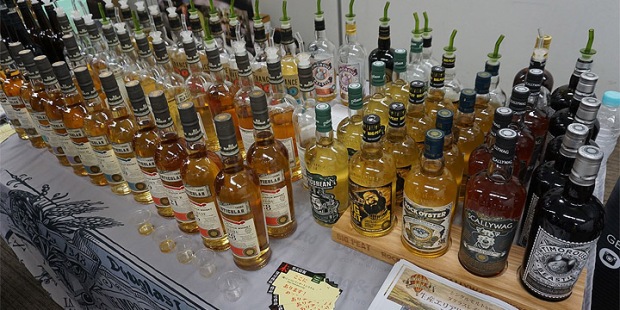 When I saw on a flyer that Osaka Whisky Festival 2018 took place last Sunday (June 3), I thought to myself: “Well, this looks like a much better way to end the week than sitting at home and watching Netflix!”. So I ordered myself a ticket. And to make the trip even more worthwhile I booked a seat at the Raasay Distillery masterclass, too. In total there were four different seminars held at the festival, but only one of them was in English. That made the choice rather easy for me. Cost-wise, the Whisky Festival itself was 4,000 Yen (30 Euro) and the Raasay seminar was 2,500 Yen (20 Euro).

The festival took place at the Osaka Merchandise Mart (OMM), a tall building with heaps of rooms for these kinds of events. It is easily reachable by public transportation, which is an important point to keep in mind. After all, you should not enter a car anymore after spending several hours at a whisky fair. At the entrance I was handed a small welcoming bag with a map of all the booths, a little paper carrier for up to three short glasses and a bottle of water. It was around 12am and my booked seminar was not going to start before 1.15pm. So I had enough time to walk around, see which distilleries and booths were there and mentally “arrive” at the event.

The Raasay seminar was held by co-founder Mr. Alasdair Day, who – displaying some regional pride – showed up wearing a kilt. In a nice, easy-going way he talked about the Isle of Raasay in general, filled us in on his personal whisky background and introduced us to Raasay Distillery. Finally we also got to try the five different drams that formed the tasting line-up. While I enjoyed all of the offered samples, my personal favorite was the Raasay While We Wait – a Single Malt Scotch Whisky with 46%. It is easy-to-drink, peaty and very well-made. This whisky, which is composed from casks obtained from another distillery, shows that the people at Raasay Distillery know very well what they are doing, while (as the name suggests) still waiting for their “own” whisky to reach adulthood (which will be the case in 2020). The seminar lasted about one hour, which left me with three more hours to visit a couple of other booths at the festival.

My next stop was The Scotch Malt Whisky Society, where I had a nice chat with Mr. Takahiro Hashimoto, who gave me an overview of the current situation of the Society in Japan. The current number of members is around 1,000. But it will hopefully increase soon, because they just introduced a new membership model that includes a cheaper “Discovery” option. This option targets people, who are interested in joining the SMWS, but reluctant to pay the price of the full “Welcome” package. While talking, I had the chance to try two excellent whiskies, namely the 26-year-old “Decadently Delicious” and the 9-year-old “Discover, Exhilarate, Satisfy” (both of which were Linkwoods). Even though the latter was significantly younger, it very much stood its ground in comparison. Both drams were excellent choices, considering that I asked Mr. Hashimoto for a fruity contrast to the peaty While We Wait I had at the tasting and the smoky Talisker 57° North I picked up on my way to the SMWS booth.

The second stall that I spend a longer amount of time at was the one of Douglas Laing, where I had a lovely conversation with Mr. Paul Wang. The booth felt a little “hidden” in the corner of the room, which was a pity because Douglas Laing has – at least in my book – the most beautiful and charming bottle designs you could imagine. Looking at their Remarkable Malts bottlings and thinking of the stories that are connected with the different characters on the labels always brings a smile to my face. In the course of our chat, Paul told me about different occasions for drinking whisky and the necessity to choose the right expression for each cause. He also took the time to explain to me some of the things you must keep in mind when you produce your own whisky. At some point it happened that two young Japanese women came to the booth and asked for Big Peat, stating that they LOVE smoky whiskies. When they nipped it, a huge smile formed on their faces and at the same time – like out of one mouth – they said ”おいしい“, which is the Japanese equivalent to “yummy”. They then went on to happily finish their drams.

As this was the first whisky fair I ever visited, I don’t have any base of comparison. Still, I think I am not stepping on thin ice when I say that Osaka Whisky Festival is one hell of a great event! No matter whether you are an old veteran in the fields of whisky or a novice eager to take a peek into this world, you will definitely have a great experience ahead of you. This year, there were over 60 booths to check out and the organization was spotless. There was also a variety of tasty food for sale, which for some reason I missed to mention before. And of course, your water refills were free. The location was adequate for the size of the event and the atmosphere was friendly and open-hearted. A big “Thank you” to the Japan Whisky Research Centre for setting this up!

The line-up of the Raasay masterclass 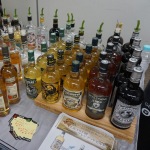 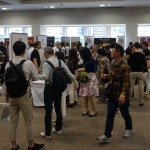 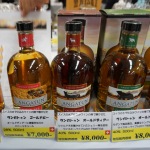 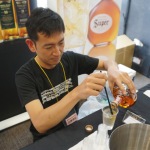 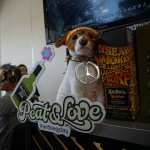 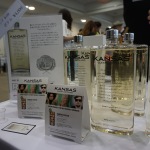 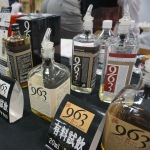 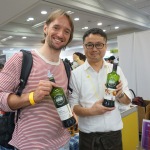 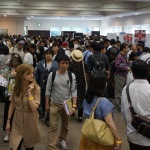 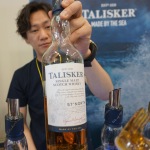 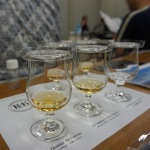 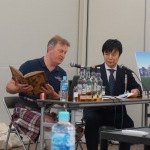 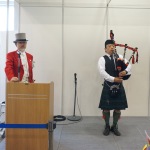 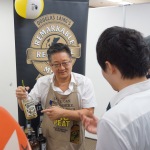 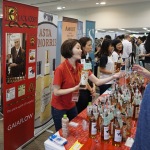 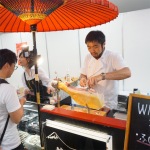 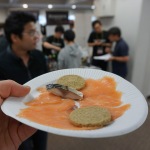 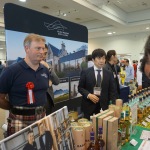 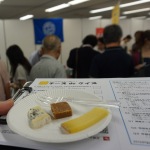 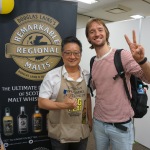