Offering high-quality Islay malts at very friendly price points, it is little surprising that Finlaggan is a brand held in high esteem by whisky lovers across the globe. The veil of mystery that surrounds these drams further adds to the fascination that emanates from them. While contractual agreements prevent the bottler, the Glasgow-based Vintage Malt Whisky Company, from lifting said veil, the answers Managing Director Andrew Crook and his Co-Director and sister Caroline James gave us via e-mail still make a more than interesting read.

Barley Mania: Cheers, guys and thanks for your time. For starters, can you give us a brief history of the Finlaggan brand? When was the idea for it born, how was it put into practice and how has it evolved over time? And what were the biggest obstacles you had to overcome in Finlaggan’s market launch?

Vintage Malt Whisky: Finlaggan was the founding brand of the Vintage Malt Whisky Company and the company was literally built around it 25 years ago. The popularity of Islay Malts was just starting to grow at that time and with there being only seven distillery bottlings available on the market, Finlaggan soon became the eighth Islay.

The biggest challenge for any new brand is to find a route to market. Finlaggan was designed to be an export brand, so we looked to interest smaller independent importers who could not access their own Islay Malt. At the time, the worldwide distribution network for the other Islay brands was already well established with national importers in most countries.

BM: I often stumble upon the phrase “mystery malt” in connection with Finlaggan. This is because the differing bottlings of your brand usually do not come with age or distillery statements. While this might sound like a disadvantage at first, it seems to work in your favor – at least to a certain extent. Many whisky fans enjoy sharing their educated guesses on the origins of their Finlaggans and this keeps the brand on a lot of peoples’ lips. Do you agree with this notion?

VMW: By not having a distillery, we had the advantage of being able to use any malt we wanted and so we chose the one which we considered to be the best. The disadvantage was that we couldn’t use the name of the distillery. The fact that people speculate on the origin was not our intention but something which has evolved as the Finlaggan brand has developed in popularity by word of mouth over the years.

BM: The controversy about NAS bottlings (i.e. single malts that do not come with a definite age statement) is currently splitting the whisky community. What position do you take in this debate? And to what extend does it affect Finlaggan?

VMW: The company’s founder had known for many years before he started the company that some Islay Malts were interesting and enjoyable even at an early age. By bottling Finlaggan at a younger age, we could not only gain a price advantage but could bring to the market an opportunity to explore a wider range of Islay Malts. We felt that we wanted customers to judge the malt on its taste and quality alone and not on any predetermined notions of what a younger malt would be like. We were one of the first companies to use NAS and it’s now a model for many brands.

BM: Last year, you launched two Finlaggan whiskies with special finishes, namely the Sherry Finished and the Port Finished, plus another small batch release in the form of the mythically termed Eilean Mor. What thought led to this expansion of the Finlaggan range and how have the new editions been received? And – if you can already say as much – what do you have up your sleeves next?

VMW: With the increasing popularity of Finlaggan worldwide there was a demand from our customers to make available a wider range of expressions and so we introduced to our range whiskies finished in different types of cask. We had been experimenting for some time with different cask finishes for our Cooper’s Choice range of single cask bottlings and felt that the time was right to bring some of that experience into our flagship brand. For the first time we also introduced a single cask bottling of vintage Finlaggan Feis Ile this year, for the Islay Festival, which sold out in just a few days.

In the spring, we will be launching Smokestack, a smokey blended malt, with notes of vanilla, ginger and citrus – we have been working on this for some time now and are soooo excited to be finally nearing production. 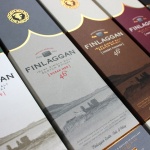 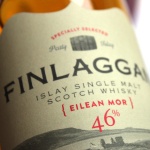