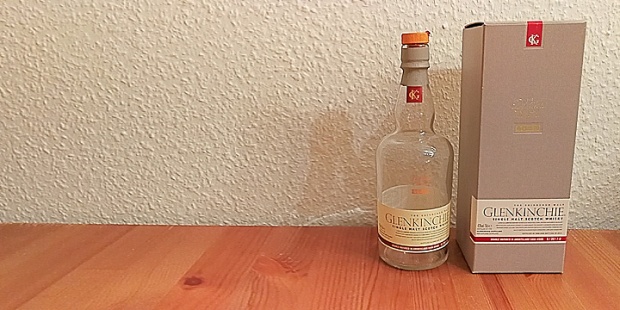 Glenkinchie will always remain special to me. When I first went to Edinburgh – which by the way is one of the most beautiful cities I have ever been to – I also visited Glenkinchie Distillery. It was my first distillery visit ever and I got there via a private shuttle bus that left from the center of Edinburgh. When my wife and I arrived at the meeting point way too early, there were no other people waiting for their transfer to the distillery. To our surprise, we were still the only passengers when the bus arrived. A few minutes later we found out why. One after another, about ten hangoverish Scotsmen arrived and got on the bus. They were having a guys’ weekend in Edinburgh. I guess you can imagine the smell they spread in the small, twelve-seated bus. When we went through the distillery, two of them had to leave the group because they could no longer stand the smell of alcohol that lay in the air. Another one went out during the tasting that took place at the end of the tour. Our the distillery visit was great fun anyway. But now, on to the whisky: While the 12yo standard bottling from Glenkinchie Distillery is matured in bourbon casks, the Distillers Edition gets some extra time in Amontillado casks. This gives the whisky a deeper profile with much fruitier notes and a distinct sweetness. Unfortunately, I emptied the last drops from my bottle for this review. But I will surely go for a new one in the future.

Eye: Caramalised golden amber.
Nose: First nose is a bit spicier than you would expect from a Lowland malt. But if you give this whisky some time in the glass, you can smell cake mixture, green grapes, a lot of vanilla and almonds. The longer it stays in the glass, the smoother it becomes.
Palate: First your mouth is filled with biscuit, sugar and honey sweetness. When you hold the whisky in your mouth for a few seconds before you swallow it, you will be pleasantly surprised by the sudden appearance of very fruity notes. Along with white grapes, there are also notes of blackberries, strawberries and maybe some cherries. And, of course, you can not deny the impact from the sherry casks it was finished in.
Finish: Much spicier than its palate. A long finish dominated by fruity notes, but also with pepper and slight ginger notes. Finally, you are left with a pleasend caramal flavour. 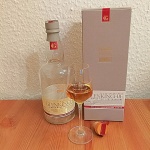 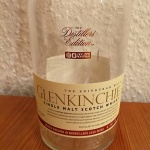