Exactly one week ago, Tobi introduced you to the three “exotic” releases of North Star Spirits’ recently released series 002, namely a blend, a bourbon and a sherry. This week we got our hands on a trio of their new single cask Scotch whiskies. Let’s see if their young Glenallachie, undisclosed Islay Single Malt and well-aged North British are as excellent as last week’s bottlings…

Glenallachie is not exactly one of the most well-known distilleries in Scotland. Most of their output is used for blends such as Clan Campbell and House of Lords. But sometimes you also stumble upon a single cask expression of theirs, released by an independent bottler. In this case, North Star Spirits bottled an 8yo whisky matured in a sherry butt. In the nose, it offers pleasant notes of caramel, lemon peel and English orange marmelade. When you take your first sip, you will taste that orange marmalade again, spread across a fresh slice of toast. After a few minutes it gets sweeter with more and more toffee shining through. A welcome mixture of butterscotch, spices and bitterness leads to a long finish.

Quite often, independent bottlers are not allowed to state a distillery name on their bottles for one reason or another. One such example ist this sherry-finished Islay Single Malt. The most concrete information North Star can give us in regard to this whisky’s origin is the region where it was produced. But that is where it ends and thus we can only guess which of Islay’s eight operating distilleries we have to thank for the smoke bomb in our glass. The dram starts with a very smoky nose, but after a few minutes medical notes shine through, accompanied by hints of chocolate and toffee. The first sip is surprisingly sweet with toffee and yellow plums. The latter seem to come straight from an open barbecue. The finish is long and warming with distinct ashy notes, lots of pepper and some exotic lemongrass.

Grain whisky has a rather delicate reputation among whisky enthusiasts, many of whom believe that these kinds of drams do not have the same quality as their malty counterparts. At best, the critics argue, a grain whisky is suitable to be used in a blend. Personally, I do not agree with that notion at all as there are many very delicious single grains available. For this reason, I was particularly looking forward to get this 21 years old North British into my glass. Upon the first sniff, notes of latte macchiato, vanilla and milk chocolate flow into your nose. The first sip then reminds of strongly sugared coffee combined with chocolate. After a few minutes, it develops into these delicious raisins coated in milk chocolate, which I enjoyed as a child. The medium-long finish is full of coffee, chocolate and a hint of fruits. To me North Star’s 21-year-old North British is a prime example of how extremely delicious a single grain whisky can be! 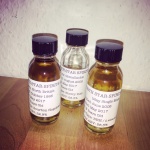 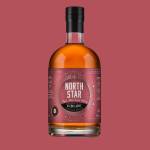 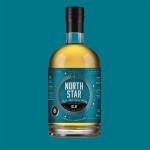