Two times a year, Glasgow’s North Star Spirits releases a new selection of single cask whiskies. And two times a year, I order at least one bottle from their latest series. After obtaining a muscular grain by Port Dundas in round one and a fruity malt by Linkwood in round two, my choice fell on a smoky sip in round three. I did not, however, pick their recently released bottling of a 10-year-old Islay whisky from an undisclosed distillery – although it would have been the most natural choice. Instead, I went for this young and feisty Glenturret, which has a high ABV of 57.1 per cent and a peculiar smokiness that reminds me of Lagavulin’s barbecue reek rather than Laphroaig’s iodine odour or Ardbeg’s tar smack. At less than 50 Euro per bottle, this is a rather affordable and (more importantly) a highly enjoyable alternative to the peaty pours from the southernmost of the Inner Hebrides.

Eye: Dull gold.
Nose: As if someone stuck a burning twig into a bee hive. A thick, gooey honey scent mingles with spiced biscuits, baked yellow fruits and a meaty BBQ smokiness.
Palate: Oh yes, now the smoke steps into the foreground. Charred wood, grilled meat and mineral salt rule supreme over coy notes of heather, vanilla and shortbread.
Finish: Dry and ongoing with more heather and smoke. Also some puff pastry. For as long as this young Glenturret stays with you, it reminds you that you do not necessarily have to go to Islay for your daily dose of phenols. 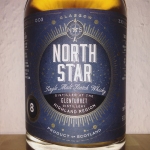