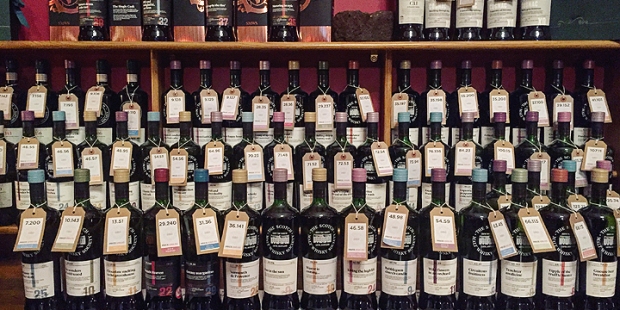 With members all around the globe, The Scotch Malt Whisky Society has many homes in many countries. Its spiritual home, however, is a former wine warehouse called The Vaults in Edinburgh. In these mythic premises, the Society was founded way back in 1983. And to this day, the illustrious dramming club resides there, having its offices as well as its world-famous bar in the very building where everything began many years ago. As I am both a proud member and a big fan of The SMWS, my girlfriend Nadine and I went to check out The Vaults almost immediately after we arrived in Edinburgh. Was it worth it? Well… originally, we had planned to be there for an hour, maybe two. In the end, we stayed for more than six!

Shortly after our arrival, we were greeted by the The SMWS’s International Commercial Manager Mark, whose acquaintance we made a few weeks earlier at Hanse Spirit in Hamburg. After a very warm welcome, he showed us around the historic building, whose spacious rooms already harbored wine casks as far back as the 13th or 14th century. Once the little tour was over, each of us was served a complementary dram from the two Society casks currently available at The Vaults. Unfortunately, I forgot to write down what distilleries these high-strength whiskies came from. But at least I took a picture of the containers from which they were drawn. Check them out in the gallery below.

As Mark still had some work to do, he then went back to his office downstairs. And we bumped into another bunch of lovely people, namely Joe from the US and John from England. They invited us over to their table and we spent the next five or so hours sharing drams and food, engaging in lively talk and listening to a three-piece live band performing really nice renditions of (mostly) Scottish and Gaelic traditionals. We met as strangers, but at the end of the evening we laughed and joked as if we had known each other for years. Even before that encounter, I had already learned many times that The SMWS is a lot more than just a bunch of people with a shared interest in good whisky. But I never grow tired of such experiences and I am always very happy when my passion for “uisge beatha” makes me cross ways with chaps as fine and friendly as Joe and John!

Whisky-wise, my orders at The Vaults included a Cragganmore 14yo, a Tomatin 16yo and a Loch Lomond 7yo, all of which costed between 5 and 8 pounds. The two beers I had on the side (one was called Birds & Bees, while the other was labeled Black Island) were about 4 pounds each. With dozens of rare expressions on the menu, I could of course also have spent a fortune at The Vaults. But even on a rather moderate budget, I had an incredible time and some amazing drams at the birthplace of The Scotch Malt Whisky Society. If you now plan to go there too, please bear in mind that the bar is only available to SMWS members and their guests. So if you do not happen to travel with somebody who already carries a membership card in their wallet, you better act quick and join the Society yourself. Believe me, you will love every bit of it – be it the outstanding bottles you order, the amazing people you meet, the fun activities you take part in or the quality time you spend at The Vaults or your local SMWS partner bar! 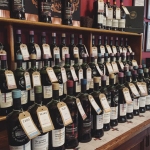 Me w/ Dini and Mark 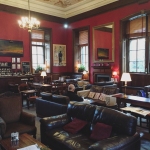 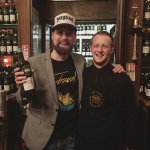 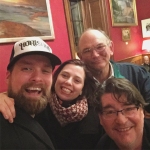