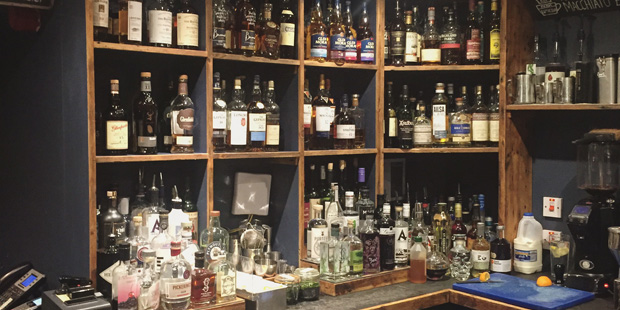 “When you are in Elgin, make sure to stop by at The Drouthy Cobbler for a dram and a nibble!” – While planning my first-ever visit to Speyside, I did not hear this advice once or twice, but at least a dozen times. As this left me with no other option than checking the much-praised venue out for myself, I went there on my second evening in town. And what can I say? I had a lovely time at The Drouthy Cobbler! Since I already visited two distilleries before (The Macallan and Glenfiddich), I did not buy too many whiskies at the bar. But the one I picked (a 14-year-old Glendullan by Gordon & MacPhail) was pretty damn good. And so were the local craft beer I drank and the yummy burger I ate. So the next time someone asks me where to go in Elgin after the nearby distilleries have closed their doors, I will tell them the same thing that I was told, namely to pop in on The Drouthy Cobbler for a wee sip and a hearty snack!

Atmosphere: Nice, cozy and authentic. The spacious interior is inviting, the style is cool and the tables are clean. When the sun is out (which I suppose to be the case right now), you can also sit outside. Oh, and not to forget: At least during the time of my visit, the music running in the background was good fun as well!
Selection: You might be drouthy when you enter the place, but you surely won’t feel that way when you leave it. Besides a well-sorted whisky menu (the focus of which obviously lies on Speyside expressions), they also have some great craft beers on the tap. And if you are hungry, you can chose from a variety of tasty bites – both meaty and vegetarian.
Price: I gotta admit, I do not recall the exact prices of the beers n’ burgers anymore. But I think they were quite decent (though not super-cheap). The drams, which are served alongside a glass of water, start below 3 GBP for an easy sippin’ blend and go up to 40 GBP for a rare pour from a closed distillery.
Service: My girlfriend and I felt welcome at The Drouthy Cobbler right away. Everyone was friendly and attentive. The orders were served swiftly and the tip we gave was well deserved.

The dram I tried 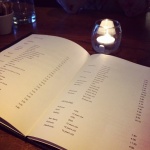 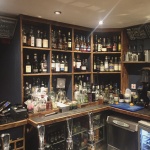