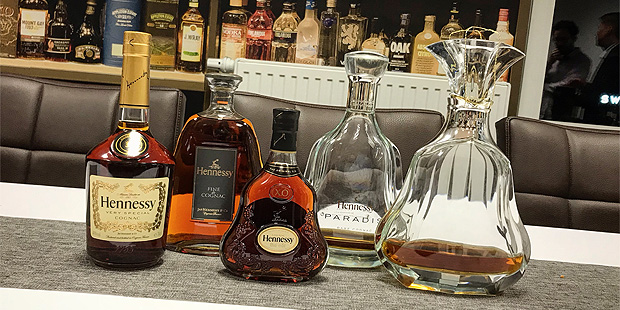 A few weeks ago, my pal Jerry (whom you might know as Herr Lutz) joined Moet Hennessy as a Brand Ambassador. In this position, he not only represents the renowned single malt Scotch whisky distilleries Glenmorangie and Ardbeg, but also the prestigious cognac manufacturer Hennessy. While I am quite familiar with the first two, I have not yet spent much time with the latter. Until recently! Cause when my local dealer Weinquelle Lühmann invited me to a Hennessy masterclass hosted by Jerry, I found this to be a perfect opportunity to finally cross the threshold to the exciting world of cognac.

On a very basic level, cognac is quite similar to whisky – with the exception that it is made from grapes instead of grain. When you delve deeper into the matter, however, you will discover more differences between the two spirits. First, cognac houses use other equipment than whisky distilleries (e.g. alambic stills). Second, they apply different storage and maturation techniques than their malt-makin’ counterparts. Third, they must abide by a long list of rules and regulations that are only valid to this particular trade (e.g. cognac can only be distilled from October 1 through March 31). For starters, it is perfectly okay to use the following memory hook: “Whisky is made from grain, while cognac is made from grapes”. But when you decide to walk down that road a little further, you are well advised to pay closer attention to cognac’s many quirks and peculiarities. While I have just taken the very first step of this adventurous journey, Jerry’s Hennessy masterclass motivated me to stay on track and learn more.

The art of blending is the central component in the cognac making procedure. After all, it is this technique that gives the spirit the bulk of its refinement and complexity. At Hennessy, even the most affordable expression is blended from no less than 40 different eaux-de-vies. Bottlings of higher value are produced by marrying a hundred eaux-de-vies and more! In case you have not stumbled upon the expression “eaux-de-vie” before, here comes an explanation: The eaux-de-vie (which means “water of life”) is the raw distillate from which cognac is composed. As such, it is basically cognac’s equivalent to new make, white dog or poitin.

With the basics covered, let us now take a look at the degusted spirits. We started with the Hennessy V.S. and the Hennessy Fine de Cognac – both of which are entry level expressions that cost between 35 and 45 Euro per bottle. I found them quite similar to each other, especially in regard to their sweet and creamy aromas. Taste-wise, they were smooth and easy drinking with grapes, oranges and cocoa as the dominating notes. In direct comparision, the V.S. seemed a bit more lively to me whereas the Fine de Cognac was more subtle. The X.O. was third in line. It upped the ante both in terms of price and depth. In it, over 100 eaux-de-vies between 10 and 30 years create a rich tapestry of chocolate, vanilla, cinnamon, tobacco and fruit. I immensely enjoyed this bottling!

Our last two cognacs were both located in Hennessy’s ultra-premium segment. While the Paradis costs over 750 quid, the Paradis Imperial sets you back 2,500 bucks! At these prices, they are far outside my reach. Thus, I was all the more happy that I could try them as part of this masterclass. They were both very elegant, stunningly complex and masterfully made. The Paradis mingled chocolate, cherry, grape and coffee in a most fascinating way. And the Paradis Imperial gathered a prancing ensamble of cocoa beans, pears, violets, red fruits, licorice and leather on the tongue. Composed from well-matured euax-de-vies that were originally distilled in the late 19th and early 20th century, the crown jewel of our tasting line-up was as rare and precious as it was good and delicious. It had a full mouth feel, an animal spirit and an elegant complexion all at once. Cheers to the wonderful people at Weinquelle Lühmann and Moet Hennessy for letting me and the other guests taste such a rare pour. I could not have thought of a better way to bring this highly informative and immensely entertaining evening to an end! 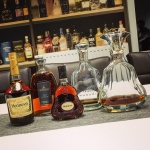 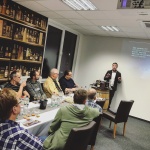 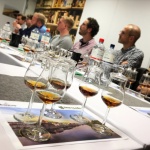 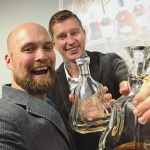 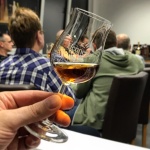 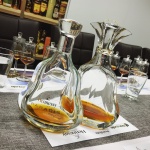 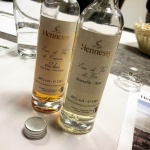 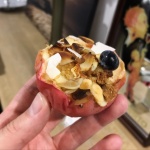