Normally, getting up early on a Saturday morning to board the train from Hamburg to Bremen is not much fun. Last Saturday, however, me and my friends were more than happy to do so. Cause we knew that round about one and a half hours later, we would be having our first dram at Bottle Market. By tradition, I enjoyed said sip at the booth of Bremer Spirituosen Contor, where I received a hearty welcome from their Product Manager Arne. We had exchanged some e-mails before, but never met each other in person. I am happy we caught up on that now. And I am even more happy that we did so over a dram of Glenturret 30yo XOP from Douglas Laing. In the nose and on the palate, the hogshead-matured Highlander was both fruity and creamy with baked apple, warm pastry, green fruits, fresh birchwood and lots of marzipan. The soft finish was rich and long. This certainly was a beautiful dram to share. And an amazing way to kick off a whisky fair!

Only a few steps to the right from the stall of BSC was the stand of Sansibar Whisky, which I headed for next. There, I met Peter and Tommy from Sweden’s premier indy bottler Eldvatten. Previously, I had only known the company by name. To change that, I bought a dram of their magnificent Carsebridge 43yo. As the full cask, which got filled at the now-defunct grain distillery in 1974, would have cost Peter and Tommy an arm and a leg, they only bought a part of it and released the whisky as a “wee batch” of 90 bottles. The sturdy spirit was super-exciting; a real rollercoaster ride up and down the flavor spectrum. The smell was initially sweet, but shifted quickly into a spicy direction. But it did not remain there for long. The more air it got, the more it developed a smoky BBQ aroma. Its mouthfeel was both heavy and dry with salted caramel and millionaire’s shortbread being the most striking notes. The memorable finish was fruity with an abundance of dark berries. Even though I could not afford a full bottle of this age-old grain, it left me so impressed that I returned to the Sansibar booth later on to pick up another Eldvatten release: a 7-year-old single cask bourbon from an undisclosed Tennessee distillery.

My next destination was Pinkernell’s Whisky Market, the German distributor of English indie bottler Claxton’s. During the chat I had with their Brand Development Manager Hugo, I savored one of Claxton’s new releases. Like the Carsebridge I drank before, the Benrinnes 10yo I savored now was really versatile. It was strong, meaty and heavy with a fuming bouquet, a thick body and a honey-sweet aftertaste. Good stuff as always from this top-notch company, whose latest outturn contains more stunners such as a Dumbarton 32yo, a Springbank 22yo or a Ledaig 9yo. Since Hugo provided me with samples of all three of these bottlings, you will read more about them on BarleyMania soon.

Some other stops that stuck out were the stalls of Floki (where Distillery Manager Eva told me and my friends a lot about the peculiarities of producing whisky on Iceland), Kirsch Whisky (where I followed up on the advice of my friend Aaron from Drams United and tried the excellent Amrut Madeira Finish) and Prineus (where I finally got to sip a glass of Delilah’s by Compass Box after having marveled at its eye-catching design on Instagram for quite some time). As always, I could continue raving about the drams I had and the people I met for much, much longer. But sooner or later, I gotta draw a line. I hope you enjoyed my recap of Bottle Market 2018. For additional impressions, please check out the following picture gallery, too. 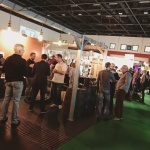 The colors of Kavalan 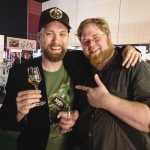 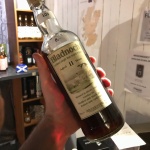 At the Floki booth 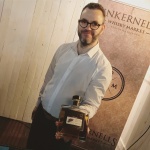 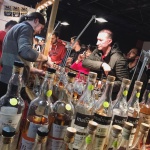