English indie bottler Claxton’s ended the year 2018 with the release of six absolute stunners, three of which I was lucky to savor and review for my blog: a Springbank 22yo, a Dumbarton 32yo and a Ledaig 10yo. The remaining trio consists of a Bruichladdich 16yo, a Teaninich 19yo and a Benrinnes 10yo. I got samples of the first-mentioned whiskies from Claxton’s brand development manager Hugo at Bottle Market in Bremen in November. At the fair, he manned the booth of Claxton’s German importer Pinkernell’s Whisky Market together with the latter company’s founder and owner Klaus. Cheers to both of them for the nice talk and super whisky!

Sipping a Springbank is always special; all the more when the spirit is over two decades old! While the long maturation has done a great job rounding off the edges of this rare Campbeltown gem, it has not taken away the malt’s signature dirtiness. The nose is fruity and smoky at the same time. It reminds me of an ash tray filled up with apple juice. On the wooden table where the dram is placed, there also lies a pack of mint-flavored chewing gum, a bag of Werther’s Original and a squashed lemon slice. The mouthfeel is very dry. It literally sucks the saliva from the tongue and gums. Flavor-wise, apples and wood and ash are having the greatest say. But burnt cookies and ice candy are making themselves heard as well. During the very long finish, the whisky becomes surprisingly sweet and dulcet. All of a sudden, I also get to sense exotic fruits like lichees, cocktail cherries and soft peaches that contrast nicely with damp cellar walls, rain-soaked twigs and old coalsacks. Man, this killer Springbank definitely pulls all the right strings!

This is a premiere for me: my first whisky from the discontinued Lowlands unit Dumbarton, which ceased production in 2002 and got razed to the ground in 2005. And what a kick-off dram this is! Had I only eyed and sniffed it, I would have taken it for a sherry-matured spirit. The color is surprisingly dark for a grain whisky from a bourbon cask (even if it spent 32 years in it) and the bouquet is intriguingly spicy. The first association I got was curry sauce with pineapple chunks. A bit later, I also made out maracuya yogurt and orange marmalade. And some of these salty Chinese crackers. When the whisky hits the tongue, the spiciness declines and the sweetness intensifies. This Dumbarton 32yo has a sturdy, somewhat milky texture. It offers caramel popcorn, whipped cream, sweet licorice and violet pastilles. Also vanilla sundae with dark chocolate sauce. Despite its age, it is quite powerful and mildly mouth-numbing. In the course of the finish, the grain’s sweetness becomes even more dominant. It shows itself in the form of brown sugar, vanilla pudding, gobstoppers and porridge with milk chocolate splinters. If you want to take your senses on a highly enjoyable rollercoaster ride, this is your whisky of choice.

From the Isle of Mull comes this 10-year-old Ledaig (the peated brand of Tobermory Distillery). Whereas smoky island whiskies are often heavy, meaty and oily, this particular expression is pretty light in character. Its nose opens smoothly with grassy and fruity fragrances on the one side as well as fresh and juicy smells on the other. In combination with the whisky’s noticeable smokiness, the bouquet has something about it that reminds me of a mezcal. The flavors continue where the aromas left off. The mouthfeel is alive and kicking. Among others, I find lemons, pineapples, fir needles and slightly mushy apples in this 10-year-old islander. And, of course, minerals and smoke. The medium long aftertaste offers subtle but distinct bits of avocado creme, green apple, charred wood and cold ash. A fine and fitting finale for a lean and savory smoker. 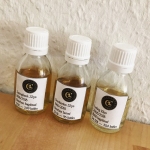 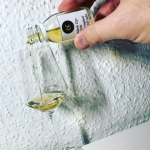 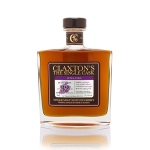 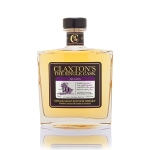 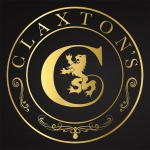