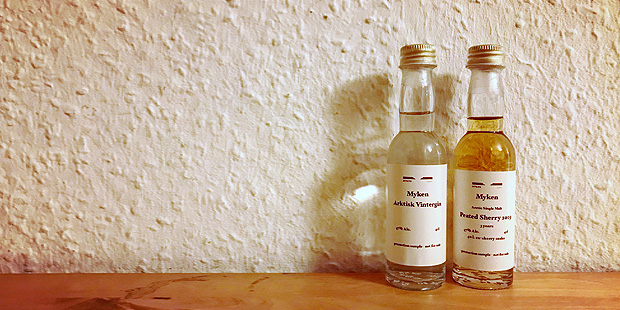 Located at 66°45’39N and 12°28’39E, Myken Destilleri is currently the northernmost whisky production site in the world. Luckily, I do not have to travel past the northern polar cycle to try their well-crafted products. Here in Germany, Myken Destilleri is represented and distributed by Pinkernell’s Whisky Market from Berlin, one of the best-sorted retail shops and mailorders in the country. From them, I got two recent releases by Myken, namely their 3-year-old Peated Sherry 2019 and their Arktisk Vintergin. Read on to learn more about this delicious duo from the land of wood churches, wool skirts and Black Metal!

Visiting Myken Destilleri ain’t easy. It resides on an island 40 kilometres from the Norwegian mainland – which is considered an insiders’ tip for anglers, by the way. I have never been there so far. If this should ever change, however, I could imagine that I would approach the distillery on a weather-beaten ferry smelling of ship diesel and sea breeze. When I sniff the new Myken Peated Sherry 2019 with closed eyes, I find myself on that ferry. The oily spirit has a good amount of modeling clay and butter toast on the nose. Also a beguiling sweetness: brittle, honey and apple pancakes with sugar and cinnamon. Around all, there billow the odors of petrol, plank wood and lit matches. In the mouth, the maritime and somewhat machine-like smokiness is also very strong. It makes itself known in the form of more diesel flavors and ember fumes alongside roasted walnuts, burnt pastry, strong licorice and mushy blueberries. The mid-long aftertaste mixes a soft sweetness with a noticeable smokiness. Unsurprisingly, it also has that special “engine room” character that I already sensed in the nose and on the palate. This is quite an unusual whisky, no doubt about it. Its smokiness is entirely different from that of the Islay beasts; but it also comes from an entirely different place. If you are curious to learn how the Norwegians imagine an oily, fumy and full-o’-phenols single malt whisky, give this drop a try.

Despite their names, both the Arktisk Sommergin and the Arktisk Vintergin from Myken Destilleri are permanently available all year. Whereas the “summer gin” only contains local botanicals, the “winter gin” also features exotic ingredients from afar (such as coriander seeds). It has a whole lotta citrus on the first sniff. Then a potpourri of red and black berries as well as grassy, woody and peppery aromas. The taste is shaped by a well-proportioned interplay of grasses, zests, plums and – as the name suggests – winter spices. This gin is so dry that it almost sucks the saliva out of the oral cavity. When swallowed, Myken’s Arktisk Vintergin produces long-lasting notes of cinnamon, cloves, cassis and nettles. I gotta say: This is one of the most appreciable and memorable gins I drank lately! 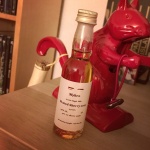 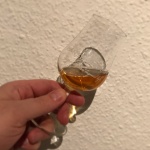 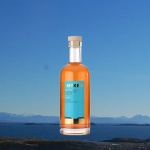 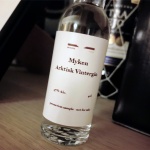 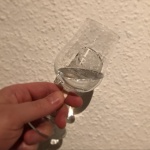 In the glass (Arktisk Vintergin) 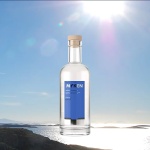 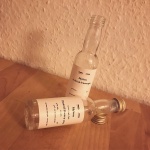