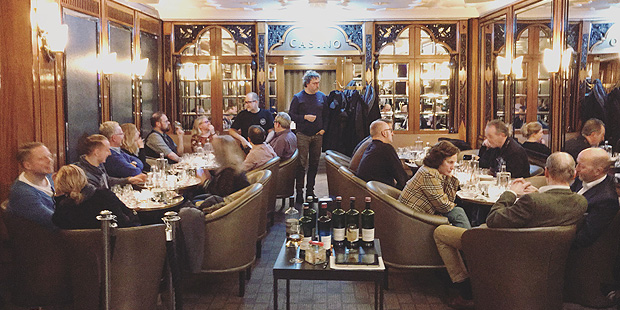 Besides their quality, the illustrious single cask releases of The Scotch Malt Whisky Society are also known for their clever names and elaborate tasting notes. The latter often include references to British sweets that drammers from the mainland might not be familiar with. To change that, The Society arranged a series of tastings across Germany, going by the title “Oh, sweet Scotland”. At these events, their local brand ambassadors presented six of SMWS whiskies alongside select sweets like Midget Gems, Coconut Mushrooms or Banana Split Eclairs. Since most of these sugar bombs are quite intense in taste, our host Thom Glas – who moderated the event in Hamburg on January 21 – suggested not to pair them with the whiskies. Instead, we drank the malts first and ate the candy afterwards. A good idea – cause some of these teeth-corroding treats would definitely have spoiled any whisky that followed up on them!

Like the motto of the evening, the location was also new for The SMWS. On their most recent Hamburg stint, they resided in the old-styled 1910 Bar in the Reichshof Hotel for the first (but hopefully not last) time. The venue is tasteful, the seats are comfy, the staff is well-trained and the traffic connection is near perfect – after all, the 1910 Bar is only a stone throw away from the central train station. In short: an ideal place for high-class dramming!

Before we started with the first whisky, we sipped a welcome drink. Suitable for the chilly weather outside, the bar team had prepared a Hot Toddy for us. It was based on a 12-year-old Glen Deveron called “Touching a lot of bases”. While we drank the warming liquid, Thom filled us in on the latest news from The SMWS, such as the overhauled bottle design or the planned changes in the tasting line-ups (henceforth, each outturn get-together will contain a number of exclusive bottles that will only be available to those attending the degustation). The first whisky we drank neat was an Aberlour 13yo named “If you go down to the woods today”. It was drawn from a 1st fill ex-bourbon barrel and reminded me of fresh fruit salad with creamy vanilla sauce. This marks a rarity for Aberlour, a distillery that usually matures all its products partly or entirely in sherry wood.

Number two was a young Glentauchers with the telling name “Fruit got married to spice”. I found it super-interesting! The nose had bramble- and strawberry-flavored toffee, whereas the palate had lime and white wine. The finish then surprised me with a fleeting smokiness that was both unexpected and awesome. Staying in Speyside, we continued with a Daluaine 14yo (“Milking a butterfly”). In it, a lot of vanilla, citrus and light fruits lead up to a long, peppery aftertaste. A fine offering from a distillery producing “really tasty whisky”, as Thom put it. Our fourth dram stuck out from the rest visually. Its black label told us straight away that this was a particularly rare and precious drop. And indeed: We now had the pleasure of tasting a Glenlossie 26yo worth 165 GBP a bottle! It went by the name of “Sweet, tart and fruity” and provided soft, balanced notes of camomile tea, white chocolate, almond cookies and tropical fruits (lychee, lemon, pineapple). Delicious! After four Speysiders in a row, we hopped over to Campbeltown. The 10-year-old Glen Scotia with the wacky moniker “Slubbing Billy and a spotted dick” embodies all of the region’s characteristic features: It is heavy, oily, grimey, smokey and a wee bit mouldy. It mixes the aromas and flavors of plank wood, marzipan cookies, cellar walls, cough candy, band aids and roasted nuts in a fascinating way. This one was neither a beauty nor a whisky for everybody. But me and my friends loved it!

We ended the evening with The Society’s new Islay blended malt: the skull-crushing, palate-piercing Battle Axe. As a life-long heavy metal fan, I love this whisky for its name and appearance alone. But the smell and taste are great as well. While I drank it, I made out chocolate-covered orange sticks, peppermint drops, medium-hot jalapenos, smoked fish and warm milk with honey. Plus a good amount of hot, fumy smoke. Bottled at 50 per cent, the Battle Axe had the lowest ABV im the line-up. Yet, it held its ground among the other heavy-weights and finished off a grand evening with a Conan’esque blow to the taste buds that was strong, precise and memorable!

In the hot toddy 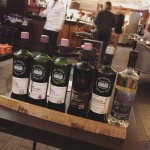 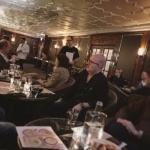 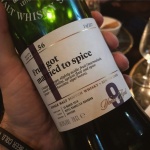 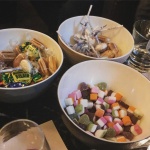 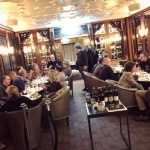 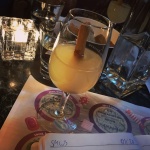 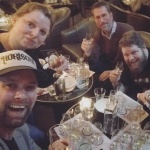 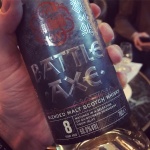 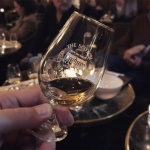 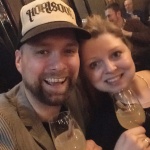 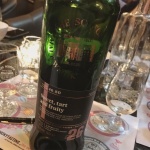 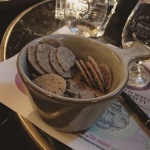