For the sixth time in a row, Big Peat throws his annual Christmas party. This year, he invited all of his best friends and oldest pals: The powerful ppm monsters of Ardbeg, Laphroaig and Kilchoman. The daring renegades of Bruichladdich. The gentle legends of Bowmore and Bunnahabhain. The Islay evergreens of Lagavulin and Caol Ila. And even the “Ghosts of Christmas Past” of the treasured Port Ellen distillery that closed its doors for good in 1983. As you can imagine, when all of these exceptional island malts come to party in one and the same bottle (for the first and probably last time ever), the result is “Heaven on Earth” for any peathead and smokelover out there. Consequently, the Big Peat Christmas Edition 2016 is easily my favorite X-Mas dram of the year. If you have not yet bought a bottle, however, it might be a bit tough to still get one for the holidays. But don’t worry. A whisky of such exceptional quality tastes super-good any day of the year; even if it is called a Christmas Edition and has a grumpy Ileach in a Santa costume on the label.

Eye: Light ‘n pale, like the full moon that Santa crosses on his sleigh ride across the wintery night sky.
Nose: A yummy melange of butter cookies, rice pudding and a shovelful o’ peat.
Palate: All of Islay in a bottle! As is little surprising for a whisky called Big Peat, the smoky distilleries are more prominent in this limited edition X-Mas bottling than the gentler ones. But it is the interplay of all those differing Islay styles that makes this sturdy blend particularly fascinating.
Finish:  This masterful symphony of peat ends in a smoky crescendo par excellence. Spurred by a high ABV of almost 55 percent, the Big Peat Christmas Edition 2016 ends with a helluva tasty mix of pipe smoke, chimney soot, hot tar and gleaming coal. 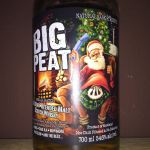 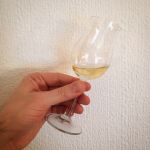