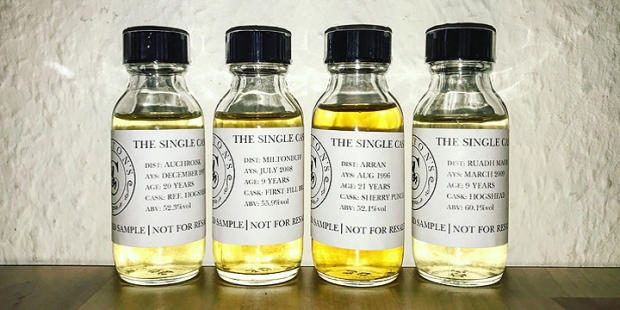 Although I got these samples directly from Yorkshire-based whisky company Claxton’s, I have not indicated them as promotional items (as I usually do in such cases). That’s because I did not receive them in my function as editor for BarleyMania, but as a whisky fan “in private”: I won them in a Facebook give-away that Claxton’s ran on their fanpage a couple of days ago! So these are not sponsored sips. Still, I was more than happy to take some notes while degusting my prizes… :)

Coming from one of Speyside’s lesser known (and harder to pronounce) distilleries, this 20-year-old Auchroisk brims with strength. Its full, robust nose opens with dark, intense licorice notes. Shortly after, crunchy apples join in. Vanilla, banana, marzipan and birchwood are part of the mix as well. And sawdust! When sipped, the first thing that sticks out is the slightly dry mouthfeel. The more I let the whisky coat my oral cavity, the harder I find it to come up with a clear classification. It has not booked a one-way ticket to Fruittown, Woodland or Sweet City. Instead, I’d locate it somewhere in between these three qualities. In it, I find banana chips, pastry, licorice and champagne. Additionally, there are also grassy and forestry notes. The strong and slightly bitter finish has ginger, oak, green tea and dark chocolate. While I already found this well-aged Speysider to be very enjoyable the first time I had it, I have a feeling that this could be a grower that becomes even more fascinating when revisited frequently.

Miltonduff is a distillery from which you find quite a lot of young indie bottlings. Rarely, however, are they as amazing as this one! The aroma is soft, light and fresh. It feels a bit shy at first, but becomes helluva rewarding after a while. I get a lot of green vegetables and herbs in it: cucumber, parsley and the likes. But also some fruits of the same color, such as kiwis and gooseberries. The utterly amazing bouquet is rounded off by mown grass and blossoming twigs as well as butter cookies and vanilla pods. The palate is surprisingly round and balanced. I would not have expected such a velvety mouthfeel from a malt that young and powerful. In regard to its dominating flavors, this 9-year-old Miltonduff brims with mushy fruits, warm spices (red instead of green this time) and polished wood. Did someone pour a spoonful of paprika powder over a slightly brownish fruit salad served in a hand-carved wood bowl? Tying in with the exceptional nose and palate, the medium-long to long aftertaste is very pleasant as well. It brings forth more spices and vanilla as well as an aloof but noticable sweetness.

Wow! It is not often that you get to try an Arran that old! After all, the island-based production unit only became active in 1995. Consequently, this 21 years old single cask bottling got distilled shortly after the distillery opened its doors. More than two decades in a sherry puncheon have given it a full golden hue as well as a mouth-wateringly sweet aroma. The delicate nose is really beguiling, ensnaring you with wonderful scents of fresh-baked strawberry cake, caramelized hazelnuts, candied oranges, whipped cream, maple syrup and wine gums. The palate is heavy, rich and mouth-coating. On the tongue, the sherry is a lot more present than in the nose. Here I get red fruits, sugared raisins, cherry-flavored lollipops, burnt sugar, caramel pudding and raspberry milkshake. When swallowed down, this outstanding island whisky gets quite a lot darker. The ongoing finish centers around grapes, brambles and currants. A bit of milk chocolate adds a sweet component. All flavors are perfectly balanced and the whole thing is helluva harmonious. A grant malt!

Ruadh Maor is the name by which the peated expressions of Glenturret – officially Scotland’s oldest distillery – go. This particular bottling, which was kept in a hogshead for 9 years and filled with an impressive ABV of 60.1 per cent, is quite uncommon in regard to its smell and taste. The peculiar mixture of smoky, sweet and sour notes reminds me quite a bit of mezcal. In the nose, the youngish spirit is firm and bold, but also fresh. Here, the mezcal-like qualities are especially noticable. Agave and sour cream are enshrouded in a cloud of cigar ash and BBQ fume. Deep down, there are also limes and pomelos. And something earthy. The fierce and in-your-face palate has smoky relishes and sweet flavors as well as woody notes and spicy smacks. The aftertaste is surprisingly long and – again – kinda Mexican. Guacamole, pepper and pastry clash with a whole lotta sizzling wood smoke. If you are looking for an out-of-the-ordinary smoker from a rich-with-tradition distillery, you might want to give this Ruadh Maor a chance. As a fan of both (heavily) peated whiskies and unusual dramming experiences, I certainly enjoyed it a lot! 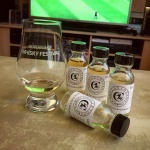 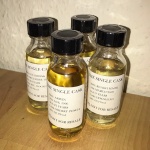 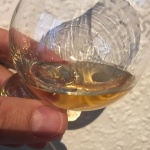 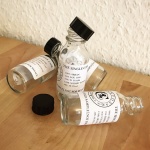 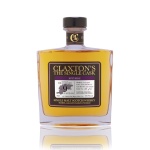 Promo shot of Miltonduff 9yo (provided by Claxton’s) 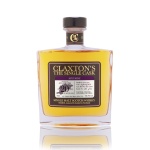 Promo shot of Auchroisk 20yo (provided by Claxton’s) 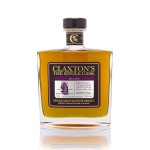 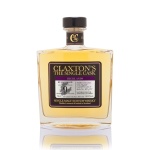 Promo shot of Ruadh Maor 9yo (provided by Claxton’s)