The tour at Pearse Lyons Distillery in Dublin’s traditional working-class district The Liberties is not your everyday whiskey experience. Just as the new-found unit, which opened its doors officially in 2017, is not your usual whiskey production site. Its first and foremost peculiarity is the unique location. The late name giver Pearse Lyons and his wife Deirdre, who came to riches as the founders of the agriculture company Alltech, built the distillery inside the derelict St. James’ Church, which they purchased in 2013 and renovated over a period of four years with an investment of several million Euro. Given the fact that the distillery only produces 100,000 bottles of whiskey per year, it is safe to say that financial gain was not the key motivation behind this ambitious project. Rather, Mr. and Mrs. Lyons had the dream of making whiskey in the same area, where Irish distilling had its peak in the 19th century and where the bones of no less than nine of Pearse’s ancestors are buried.

Considering how rich with lore Pearse Lyons Distillery’s whereabouts are and how much this location means to the Lyons family, it comes as no surprise that our tour started with a little history lesson. After a short introductory movie, our guide Bernard told us about the moved past of St. James Church, which ceased to be a place of prayer in the 1960s. In the following decades, it served all kinds of inglorious purposes (such as being used as a hardware store or a food depot). If you see the church now – proudly displaying its colorful windows and iconic glass spire – it is hard to believe that not so long ago it almost lay in ruins.

The second stop of the tour was the churchyard sheltering the remains of 90,000 Irishmen and -women, all of which lived in the area around the church. “No matter if you were an advisor to the royal court or sold apples and oranges in the streets”, Bernard remarked. “Sooner or later you would end up here. And when that happened, you would get buried in the same ground as everyone else”. To this day, Pearse Lyons Distillery continues to invest heavily into the restoration of the graveyard, identifying headstones and examining burial sites. “We only look into the history of the burial ground and patch a few things up”, Bernard made clear. “We have no intent to change or rearrange this place of rest”.

When we went inside, everyone in the 9-strong group marveled at the architecture and arrangement of the distillery. Although it is quite impossible to capture Pearse Lyons’ unique vibe on a set of photos, you might still want to browse through the gallery below. At least, it will give you an idea of what I am talking about. After we had looked around for a bit, Bernard explained to us the whiskey making process at Pearse Lyons Distillery. One noteworthiness: Unlike the majority of Irish plants, they double- rather than triple-distill their spirit. The presentation was really interesting and lively. Among others, we got to hold our hands over the foaming barley beer in the open-topped washbacks and smell the head, heart and tail of the distillate.

Once this part was over, Bernard’s colleague Gareth stepped forth. In the culminating tasting, he treated us to a quartet of delicious Pearse Lyons expressions. We started with The Original; a young blended whiskey made from 5 to 7 years old malts and grains. It was completely kept in ex-bourbon barrels and had a smooth, savory character. The Distiller’s Choice was next. The additional sherry casks in the recipe added yummy notes of soft fruits and mild spices. Then came the Founder’s Choice. This well-ripened single malt whiskey was sourced from another distillery as an 8-year-old and then put into Pearse Lyons’ own bourbon barrels for another 4 years. It was full-bodied and delicious with lots of toasted wood and baked fruits. Last but not least, we drank the Cooper’s Select. A 5-year (!) finish in Oloroso sherry casks gave this blend lovely bramble and brittle flavors. It also brimmed with sulfur – a quirk I absolutely love in a dram!

Although the tour ended with the last sip of the Cooper’s Select, our experience went on. First, I ordered a glass of Pearse Lyons’ recently released 5 Years Old that was completely made in-house. This was only possible because Dr. Lyons temporarily installed the distillery’s copper stills in another production unit. That way, Pearse Lyons could already start their whiskey endeavours before the renovations of St. James’ Church were finished. Also, my girlfriend and I as well as some of the other guests that stayed around a bit longer got to meet Martin, who started working as a distiller for Pearse Lyons one and a half years ago. Not only did he tell us more about the craft of distilling, but also did he treat us to a glass of new make (called poitin in Ireland) and a sip of barley beer (straight out of the washback). This little act of extra kindness put a perfect end to my visit to Pearse Lyons and underlined once more how friendly, open and passionate these emergent whiskey makers from The Liberties are! 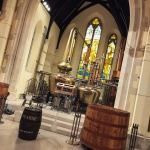 Inside the distillery, pt.1 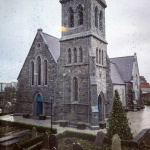 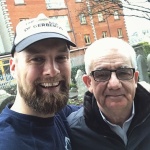 Inside the distillery, pt.2 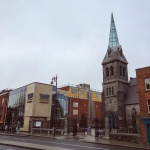 Impressions from before the renovation 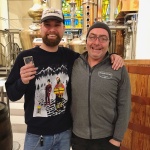