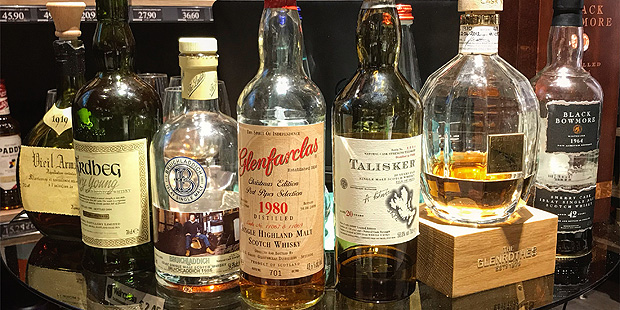 Located right next to where I live, the Weinquelle Lühmann shop in Hamburg is my favorite liquor store of all. It is there that I bought my first bottle of single malt Scotch whisky about four years ago (which was Jura’s wonderful Diurach’s Own, if I remember correctly). And it is there that I still go regularly to purchase new pours. The selection is vast, the prices are great, the service is first-class and the people are friendly. Right from the start, I have not only been a customer of Weinquelle Lühmann, but also a fan.

Despite the good relationship I have with them, I was pretty surprised – and also quite humbled – when I found an invitation to Weinquelle Lühmann’s 100th birthday party in my mailbox. Wow… The celebrations took place on 1 April 2019, exactly one hundred years after the current owner Uwe Lühmann’s grandfather opened his colonial goods shop two streets away from where Weinquelle Lühmann resides today. Since the store in the city is too small for over 50 invitees, we gathered in the company’s headquarters in Siek (just outside of Hamburg). After a short introductory speech, Uwe handed the moderation of the evening over to renowned whisky presenter Adam Dittrich. According to his own calculation, Adam held about 1,500 tastings throughout his 25-year career in the spirits industry. But rarely (if ever) did he present a selection as exquisite as the one that Weinquelle Lühmann had picked for their guests.

We started with an Armagnac Goudoulin distilled in the same year as Weinquelle was founded – 1919! Its most striking feature was the bouquet. It was so full of grapes and other fruits that it felt almost juicy. Considering how slow the thick liquid crawled down the inner walls of my glass, I was surprised by its considerably light and prancing mouthfeel. As expected, it brimmed with grapes and spices. The finish was slightly bitter with a shy sweetness and a metallic sharpness. Drinking this very old armagnac was quite something. After all, you don’t get to taste a drink from a hundred years back all too often.

The kick-off whisky seemed a little odd at first. From the six Scotches before us, Adam suggested to start with the Ardbeg Very Young – a wild, edgy Islay beast that bursted with earthy peat and green plants as well as a noticable sweetness and a good freshness. At 58.3 per cent ABV and 54 ppm, this true Kildalton classic was really damn strong and smoky for a starter. Still, Adam turned out to be right: The following Bruichladdich 19yo from a dark sherry cask managed to stand its ground after the Ardbeg. What the former offered in peat, the latter countered in tannins! It was fruity, sweet, woody and heavy all together. This darkish sherry bomb showed that a great Islay whisky must not necessarily brim with tar, soot and smoke. The Glenfarclas 28yo from the Port Pipes Selection was also fully matured in a wine cask, albeit a Portuguese one. The cask was less dominant here than it was in the case of the Laddie. Instead of rocking a dark purple color, it shone in a reddish-golden hue. I loved its sweetness, freshness and complexity. In it, I found a lot of apple, almond and strawberry as well as grapes, wine gums and blueberries. While the nose and the palate were already exceptional, the smooth and fruity finish turned out to be the icing on the cake.

We proceeded with a Talisker 20yo from 1982. For Adam, this marked a special sip because Talisker was the distillery that initially sparked his love for “uisge beatha”. Before he went on to degust the drop with us, he took a moment to sing an old traditional in Talisker’s honor. Let me tell you this: sniffing the glass while listening to Adam’s fantastic rendition of “The Wild Mountain Thyme” put goosebumps all over my arms! And my skin remained like this until the glass was empty. This superb island malt from my year of birth combined an exotic fruitiness with a reluctant smokiness and a sharp ginger note. It was multilayered, massive and full of character! I loved it!

The last two glasses contained the oldest single malt whiskies I ever had, namely a Glenrothes 42yo from a bourbon barrel and a Black Bowmore 42yo from an oloroso cask. In regard to color, scent and flavor, these two “holy grails” were like ying and yang. One was honey gold. The other was dark brown. One was like a yellow fruit salad with lots of whipped cream and powdered sugar on top. The other oozed with dark berries, soft licorice, intense spices and lavender. I don’t think I have to point out which was which. However, what both the Glenrothes 42yo and the Black Bowmore 42yo had in common was the fact that sipping them put me in a state of awe. I have no idea if I will ever be fortunate enough to try these rare and exclusive malts a second time. So I cherished every second I had with them. With this being said, there is only one thing left to declare: I am extremely grateful to the team of Weinquelle Lühmann – who were perfect host throughout the entire evening – and Adam Dittrich – who delivered one helluva performance – for this unforgettable tasting experience! Slainte, my friends! 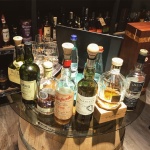 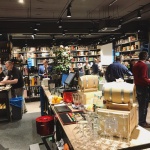 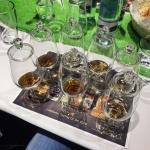 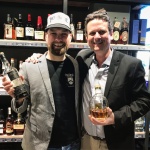 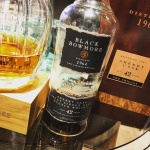 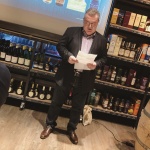 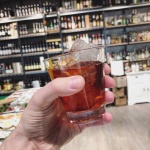 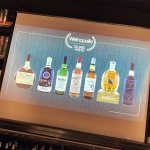 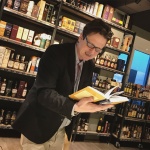 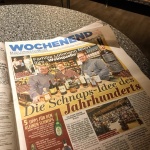 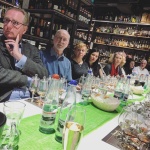 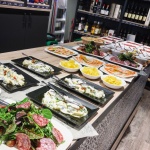 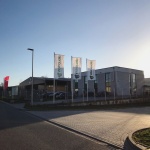 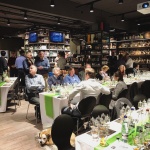 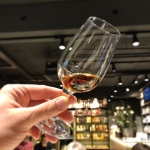 In the glass (Black Bowmore 42yo) 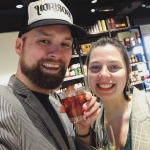 *** I got kindly invited to the event by Weinquelle Lühmann. ***