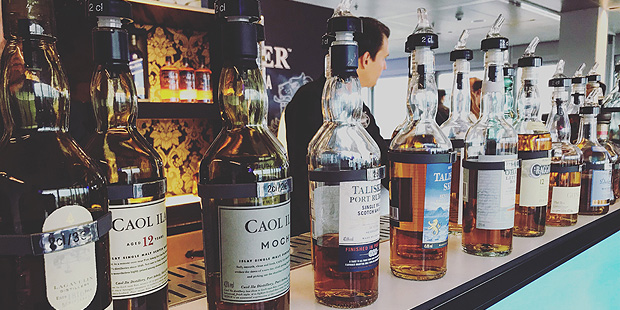 One awesome side effect of my passion for high-quality spirits is the fact that it gets me to a lot of locations I would otherwise never have seen – both abroad and nearby. The Emporio Tower in Hamburg, in which the first 040 Spirits fair took place from October 18 to 20, falls into the latter category. Since the event was held in the 23rd store, me and the other visitors had a breath-taking 360 degree view of the city through the continuous panorama windows that encompassed each room. I am not exaggerating when I say that the exclusive setting and stunning scenery took the entire dramming experience to another level!

In regard to its focus, the 040 Spirits fair was not whisky-centric. Instead, the thirty-or-so exhibitors offered a broad selection: rum, gin, vodka, tequila, liqueur, cocktails, mixers and more. Of course, there was quite a bit of “uisge beatha” to be found as well. A great destination for that was the booth of Swedish whisky pioneers Mackmyra, where I found an ideal kick-off dram: based on a recipe created by an Artificial Intelligence, the new Mackmyra Intelligens prides itself to be “the world’s first AI whisky”. It was especially smooth and clean with a lot of vanilla, almonds and grapes as well as white chocolate, caramelized pears and sweet pastry. Due to its easy drinking nature, this pleasant pour with a special story made a good “palate greaser”.

Next up were two German whiskies I had not known before, namely SinGold from Bavaria and Beverbach from Lower Saxony. From SinGold I tried the classic single malt. It offered balanced flavors of toffee, strawberry, walnut and peach that appeared together with a light modeling clay note. The 3-year-old spirit had a light body and an elegant complexion. Nice stuff. The second-mentioned whisky, Beverbach, is the new(-ish) whisky brand from Hardenberg distillery. They are one of the biggest korn producers in Germany. To enter the bar circuit and to have something in their portfolio that is a bit more reputable than korn, they started making whisky in 2014 – a logical step considering the fact that the initial production steps of korn and grain whisky are very similar. Although the label reads “Single Malt German Whiskey” (they went for the Irish spelling with an “e”), Beverbach’s debut expression is actually not a single malt: its recipe contains both malted barley and malted wheat. Distilled on Swiss pot stills and matured in virgin oak casks from the United States, the first”Whiskey from Hardenberg” provided quite a peculiar tasting experience. To me, the leading flavors were salted cashews and pistachios alongside crumbly caramel and dried fruits. It was a rather acquired taste, no doubt. But I liked it.

At the stand of Imex Südamerika I drank my first-ever whiskey from South America: the so-called Black Whiskey from Peru is produced similar to a bourbon. Its twist is the usage of purple corn, which is not suitable for eating albeit for distilling. The Black Whiskey had a sweet nose, a cocoa palate and a marzipan finish. Yummy! Of course, I had to pay Diageo a visit, too. There, I hooked up with an old pal o’ mine: Caol Ila 12yo. It was really nice to have this classic Islay malt in the glass again after quite some time. Saving the best for last, my final dram of the day was also my personal highlight: From the event’s organizers Prowhisky, who are the distributor for indie bottler Hunter Laing in Germany, I had a divine Laphroaig 18yo single cask. It was released under the label The First Editions and blew me away with an immense complexity and oh-so-lovely aromas. The nose had citrus, sweetness, burnt wood and tropical fruits like mangos or maracujas. The mouthfeel was fresh and the dominating flavors included wet moss, mild peat, sugar cubes and banana chips. The long finish emphasized on the afore-mentioned sweet notes. I could honestly not have thought of a better way to end this fun afternoon than sipping such an outstanding offering from (probably) my favorite distillery in the world! 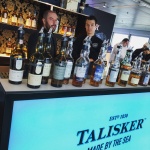 Laphroaig 18yo by The First Editions 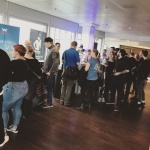 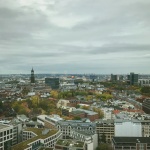 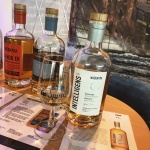 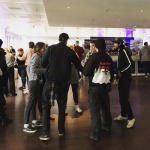 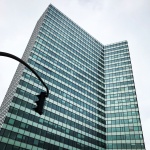