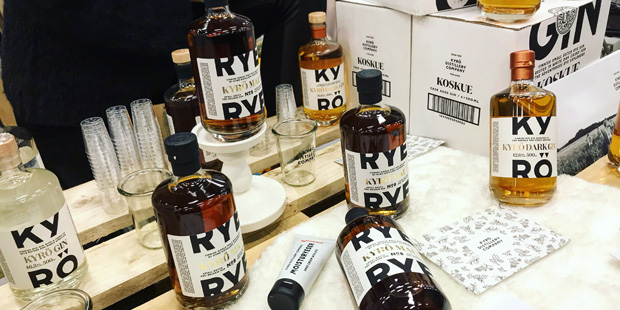 On the Third Sunday in Advent, my girlfriend Dini and I attended the Hamburg edition of Holy Shit Shopping to look for Christmas gifts. The event promotion promised a three-figure amount of exhibitors from all disciplines of the creative domain: arts, craft, handiwork, jewelry, clothes and more. This sounded like a lot of fun. And it got even better! Cause shortly before I went there, I learned that Holy Shit Shopping had a huge food and drinks area, too. Besides all kinds of snacks and dips, there were also several stands offering spirits. Though I am naturally curious to try all kinds of stuff, I decided to focus solely on whisk(e)y that day. I got it at the booths of Kyrö Distillery from Finland as well as Stork Rye and Dolleruper Destille from Germany.

I wanted to try the famous rye whisky of Kyrö Distillery for quite some time. After all, I have been following them on social media for months and always enjoyed their light-hearted, fun content. But somehow, I had not yet sipped any of their spirits. At Holy Shit Shopping, I drank their malted rye whisky and their gin; the latter both in regular and barrel-aged form. Kyrö’s Malted Rye No 8 had a cereal sturdiness, a beeswax sweetness and a pepper spiciness. Additionally, I found a nice black berry fruitiness in there. In combination with the other notes, it reminded me of blackcurrant jelly on coarse bread. Yummy! The gins were also great. I enjoyed especially the Dark Gin mixed with cloudy apple juice – apparently, the Finnish version of an Appleyard cocktail.

After my stint at the Kyrö booth, I paid Spreewood Distillers a visit. They had their Stork Club Single Malt Whisky (42 per cent), their Stork Club Straight Rye (45 per cent) and their Stork Club Full Proof Rye (55 per cent) on offer; plus various gins and liqueurs. I started with the single malt, which was fruity, mellow and palatable. In regard to its style, the friendly guy at the stand compared it to a classic Irish whiskey. In relation to the single malt, the two ryes were the complete opposite: they were edgy, spicy and in-your-face. The Full Proof Rye was my personal favorite of this tasty trio from the Berlin region.

My last two drams of the day came from Dolleruper Destille, Germany’s northernmost spirits production site. Their most popular products are rum, gin and fruit brandy. But they also make neat whisky.  I have one of their bottlings at home (Type Y) and I have also visited them on their home turf near Flensburg once. At the Holy Shit Shopping fair, I drank two of their newest creations, namely Typ WS and Typ R. The 3-year-old Typ WS was finished in a white sherry cask and bottled in cask strength. Despite its young age and high ABV of more than 60 per cent, this fine pour went down the throat surprisingly smooth. The “R” in Typ R stands for “Rauch”, the German word for “smoke”. In this expression, the smokiness seemed very peculiar to me. It reminded me of hot metal being worked upon with a Flex angle grinder in a tool shop. Not your usual kind of smoke, for sure – but that’s what I found extra fascinating about it.

Even without the drinks on the side, Holy Shit Shopping would have been well worth a visit. The concept is cool, the atmosphere relaxed and the selection manifold (we did indeed find some pretty rad Christmas gifts there). Yet, the whole thing became even more fun due to the fact, that I could try some really nice drams at the booths of Kyrö Whisky, Spreewood Distillers and Dolleruper Destille! 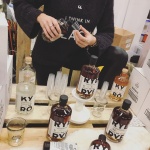 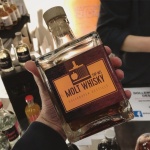 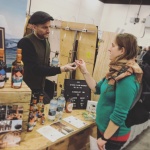