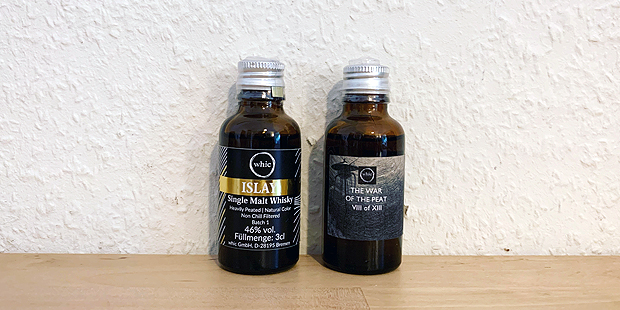 The recent launch of Batch 1 of the Whic Islay Single Malt Whisky constitutes a huge milestone in the evolution of the Northern-German whisky dealer and bottler: Whereas all of Whic’s previous releases were single casks, this one will be a permanent addition to the company’s product portfolio. For us drammers, that’s pretty good news. After all, this heavily peated whisky is not just really tasty, but also super approachable! It comes with a classy design, a raised ABV and a hard-to-believe price tag of just 30 Euros! Yes, you have read correctly: Whic offers you a high-strength single malt Scotch whisky from a secret Islay distillery for an absolute bargain price. Sure, the exact origin of the spirit is not explicitly mentioned. But the charged price would be quite a steal for any production site on the Queen of the Hebrides … to make sure the Whic Islay Single Malt Whisky is in good company here, I have paired it with another smoky sip from Whic: the sherried Ardmore 10 Years Old from the “War of the Peat” series. In my opinion, Ardmore is a very underrated distillery that often brings forth truly unique and memorable drams (especially when bottled independendly). This particular bottling, which unfortunately is no longer available in the Whic shop, totally confirms this notion! To find out what makes it so special, scroll down and read my tasting notes below.

The light-colored spirit has a briny, maritime character. Initially, it presents itself very salty; almost crusty. Underneath the salt, there are bright fruits, fresh yoghurt, cool buttermilk, and a splash of spritzy citrus. Around all, there is a cloud of BBQ smoke. The first sip reveals a robust, thick mouthfeel with a dry edge. The smoke turns from BBQ to ash – strong, dark ash. Early on, I also taste clotted creme, lime juice, butter cake, and green apple. But the longer I let the whisky float through my oral cavity, the more overpowering the dark, weighty smoke becomes. When I swallow the dram down, I am rewarded with a medium long finish during which the smoke turns a tad more sweet and delicate. The bright fruits make a return now, too. They appear alongside puff pastry, lemon zest, toasted oak, and brown sugar.  Plus a drop or two of ship diesel. Summing up, I would label Batch 1 of Whic’s Islay Single Malt Whisky an honest, straight-forward Islay malt. It is more on the young side and, if I may take an educated guess, I would say that it was distilled and bottled on the north-east shore of the isle.

Dry and fumy! – These are the first associations I form in my head when I nose this 10-year-old Ardmore. To the nostrils, it offers a complex and very fascinating tapestry of smells: powdery spices, sun-burnt hey, aromatic tobacco, and gleaming-hot metal. Additionally, there is a subtle fruitiness from mushy apples, dried apricots, and wild rosehips. The smoke is most peculiar and fascinating; it is omnipresent on the one hand, yet reserved on the other. The palate is just as amazing as the nose. It blends smoky, woody, mineral, and veggie flavors in a most stunning way! Furthermore, there are heeps of ash, oak, coal, and even something that reminds me of portobello or artichoke. But it doesn’t stop right there: Moreover, I also get strong licorice and crushed black pepper as well as lime and orange. Plus a very delicate, underlying sweetness. The high ABV of 62.7 per cent only seems exuberant in theory. In practise, the spirit feels strong and edgy, no doubt – yet, it is not crazy over the top. The last stage of the degustation is the electrifying aftertaste. It emphasizes on fresh, intense peppermint. Other notes are blackened smoke and crunchy brittle as well as a variety of lighter, crisper notes (green apple, unripe pear, zesty lemon, and the likes). My verdict is easy: Wow, just wow! This multilayered Ardmore from the “War of the Peat” series is powerful, complex, challenging, unconventional, and – most importantly – smokylicious to the max! 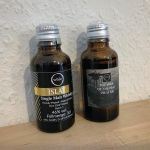 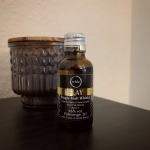 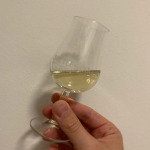 In the glass (Secret Islay)

The sample (Ardmore 10yo)

In the glass (Ardmore 10yo) 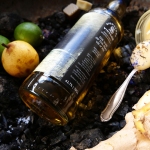 Promo shot of Ardmore 10yo (taken from Whic.de) 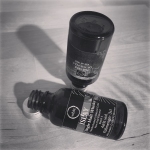