In his capacity as Assistant Rerserve Spirit Buyer at Berry Bros & Rudd, Jonny McMillan is fortunate to make a living on a pretty exciting activity: He traverses the wide world of whisky in search of ever-new casks to purchase, develop and bottle. Recently, he started a special project together with his colleague Claire Tesh: The two malt mavens made it their mission to add spirits from outside of Scotland to Berry Bros & Rudd’s illustrious portfolio. A bold and daring move – no doubt! After all, the time-honored indie bottler had released nothing but Scotch for more than a century. In October 2020, however, this changed when Berry Bros & Rudd put out a single cask release from Starward in Australia. In the months that followed, they launched a few more Starwards plus another exotic bottling from Down Under, namely a Vintage 2016 from Tasmania’s Lark Distillery. Next, they moved half-way across the globe again to conquer another up-and-coming whisky region: Scandinavia! Berry Bros & Rudd’s all-new four-piece series “The Nordic Casks” consists of singles casks sourced from Kyrö (Finland), Fary Lochan (Denmark), High Coast (Sweden) and Myken (Norway). I was lucky to try the full range in a virtual tasting on launch day (2 September 2021). The event was beyond amazing! Jonny led through the two-hour dramming session in a most excellent way; his guests were super sympathetic and knowledgable; the 60+ attendees participated vividly via the live chat; and all four drams were – without exaggerating – absolute stunners!

We kicked off the evening with the first-ever indie bottling from Finnish rye distillery Kyrö. Their contribution to “The Nordic Casks” is 5 years old and made from malted rye. It spent its early years in a new American oak cask, before it was transfered into an ex-Bourbon barrel. The quality ingredients, the skillful make and the thoughtful cask treatment brought forth a real complexity monster that, as Jonny put it, resided somewhere in between traditional Scotch whisky and classic American rye. It opened with a sweet and spicy nose full of creamy aromas: wild honey, dried fruits, white pepper, orange jam, barley sugar, and lotsa caramel! Additionally, there was a nice forest-y smell, too (resin, fir needle). In the mouth, the whisky unfolded beautifully with lots of thick, sticky flavors. Among others, I tasted buttered toast, roasted nuts, lemon curd, and pulverized pepper. The finish lasted incredibly long. It almost felt as if the final flavors were glued to the inner sides of my cheeks; and they were good: toffee, honey, nuts, spices, gobstoppers, and sunflower seeds! After we had emptied our glasses, the chat was flooded with praise. More than just a few attendees wrote that this was one of the best rye whiskies they ever had! I gotta agree … this Vintage 2016 from Kyrö totally rocked!

From Finland we hopped over to Denmark. Dram number two was an exceptional 7 Years Old from one of my favorite distilleries out there, Fary Lochan. The new Berry Bros & Rudd bottling is one of Fary Lochan’s smoked varieties, which are one-of-a-kind in the world: Based on an old family tradition, Distillery Manager Morten Jørgensen and his team dry the barley over nettle smoke – a method originally used by the Jørgensens to produce nettle-smoked cheese. In this whisky, it instilled a totally unique smokiness that was simultaneously all-encompassing and low-key. Besides the nettle fumes, the liquid also smelled of barbecued pineapple, caramelized pear, baked ham, and zesty lemon. It tasted of creamy toffee, roasted nuts, squeezed lime, and green paprika. The unforgettable finish came in the form of a no-holds-barred milk chocolate explosion! Just like the Kyrö before, the Fary Lochan got raving feedback from the audience as well. Besides the flamboyant flavor profile, the community also loved the robust structure and oily texture of the whisky. “For this, we have to thank our tiny stills from Scotland,” Fary Lochan’s CCO and Chairman Thomas Smidt-Kjærby explained. “They are actually the smallest stills that Forsyths ever produced for commercial use.”

Any sherry fans among you? If so, you gotta read extra carefully now. Cause our third dram of the evening, the High Coast 8 Years Old, turned out to be one of the most amazingly sherried single malts I had in quite a while! In the hours prior to the tasting, it had already created quite a buzz because Serge Valentine had just given it a towering 90 points on Whiskyfun! Rightfully so, if you ask me! The whisky was masterfully crafted; the character of the distillate and the influence of the cask were perfectly leveled. The intense bouquet brimmed with sun-dried rosehip, wild strawberry, red marmalade, and powdered curry. Furthermore, there were accompanying notes of chimney wood, besswax and walnut. Plus an accentuating whiff of sulphur. The mouthfeel was full and sweet with lots of red fruits and black berries. Also charred oak, elderflower juice and Belgian truffle. The longer the whisky breathed air, the spicier it became. Once gulped down, it culminated in an amazing Black Forest cake aftertaste. Believe me, I was literally drooling on my keyboard while I wrote these words …

Our last sample came from Myken in Norway, arguably one of the most remote and hard-to-reach distilleries in the world. Before we savored the dram, founder Roar Larsen told us a bit about the whereabouts of this one-of-a-kind production site. It is placed on the small isle of Myken, which resides 32 kilometres off the mainland; the closest town is a five-hour fary ride away. All in all, Myken has about 60 inhabitants. “There’s not many people living here,” Roar said about his neighbours. “But everyone is so nice and cool that you’re really in the best of company here!” So what kinda whisky do Roar and his team make out there on that small patch of land in the Norwegian sea? A helluva good one! The Vintage 2017 we drank that night was mildly peated with 8ppm. It produced allurings scents of vanilla pudding, spring flowers, apricots and fresh-cut grass. Taste-wise, the malt offered a wonderful interplay of strong, robust flavors: Apple puree, garden fruits, clotted creme and white chocolate sprinkles. The finish then brought fourth mouthwatering notes of nougat, brittle and candied ginger. At any stage of the degustation, a thin cloud of peat smoke enshrouded the other sensations in a most appetizing way!

If you have followed me up until this point, my verdict will not surprise you at all: I tremendously enjoyed every single release of “The Nordic Casks”! The responsible whisky makers did a superb job creating these outstanding spirits. And Jonny and Claire did an equally great job selecting and releasing them under the much respected Berry Bros & Rudd label. There is one issue though: The prices, which range between 175 and 199 Euro per bottle, are pretty steep. Some drammers I spoke to afterwards found them to be too high (even though they loved the whiskies). Personally, I am somewhat on the fence here. On the one hand, I agree that you have to dig deep into your wallet to secure one of these special bottles. On the other hand, I have already ordered two of them; and I will not rule out the possibility that I will buy the remaining duo in the future, too – unless, of course, they sell out before I place my next order.

In the glass (Fary Lochan) 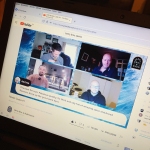 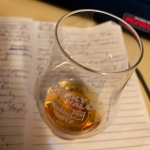 In the glass (High Coast) 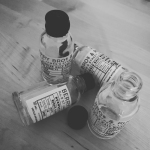 *** I was kindly invited to the tasting by Berry Bros & Rudd and Kirsch Import. ***