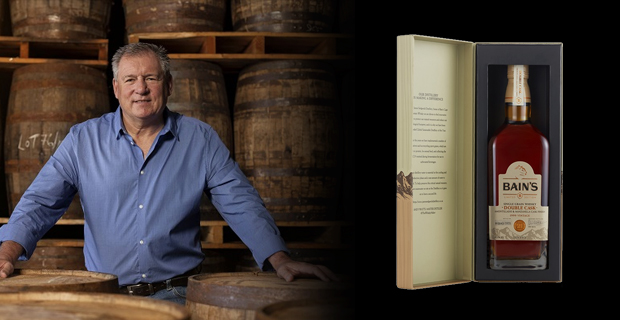 With their multi-award-winning Bain’s brand, the folks at James Sedgwick Distillery in South Africa have a different approach to making grain whisky than most other production sites in the world. Elsewhere, this particular spirit is traditionally created as a supplement for blending. At James Sedgwick, however, it is developed to hold its own ground and shine all by itself! Just a few days ago, the distillery launched its oldest grain whisky bottling to date: Bain’s 21 Years Old Double Cask. I had the opportunity to try this magnificent pour at the Distell booth at BorderShop Whisky Festival in Puttgarden, Germany. I loved it so much that I bought a full bottle straight away; but that alone did not quench my thirst (figuratively speaking, of course). So I reached out to the man that made it, Andy “The Whisky Maker” Watts, with the intention to delve deeper into the concept, make, and story of Bain’s 21 Years Old Double Cask. Luckily, Andy not only answered my interview questions super-quick, but also super-detailed. So here we go with an entertaining and enlightening piece on a truly masterful grain whisky!

BarleyMania: First things first: Congrats, Andy, on the recent launch of Bain’s 21 Years Old Double Cask! You and your team did an outstanding job creating this rich and versatile whisky, which – if I am not mistaken – is the oldest Bain’s expression released to date. This makes me wonder: What importance does a whisky’s age have for you? Do you regard it as a key quality or is it rather one characteristic among many for you? Even if the latter was the case, I could still imagine that it felt quite extraordinary to hold a bottle of your own spirit in your hands that displayed the number “21” on the label …

Andy Watts: A really good question! I have always believed that the style and characteristics of a whisky are as important as any number on the label. In case of Bain’s, another factor comes into play: South Africa has a relatively young whisky industry. The first commercial whisky launched here in 1977; and the market has only really taken to whisky post 1994, when South Africa returned to the Global Village. Thus, we do not have the centuries of tradition which the more recognized and established whisky countries have. Also, South Africa has a rather harsh climate and would not be generally seen as a whisky producing area. However, like Taiwan and the Kavalan Distillery we have taken on the challenges of higher temperatures and resulting higher maturation losses (Angels’ Share). Over time, we have learnt to work with and embrace our climate. And by doing so we have created our own styles of whisky without age being a major factor.

This being said, it is still very satisfying to try to challenge nature and take whiskies to ages which you wouldn’t expect. The first distillate was produced for Bain’s in 1999. This is how this 21 Years Old started its maturation. In all of the aged releases of Bain’s (i. e. the 15 Years Old and the 18 Years Olds with different sherry finishes), we have started with the core Bain’s that spends three years in first fill ex-Bourbon barrels before it is re-vatted to a second set of first fill ex-Bourbon casks. In a next step, we re-vatted the spirit into older American oak casks. And finally, we moved it across to select sherry casks for the final six years. While the smaller American oak casks tire quicker due to the accelerated maturation, the larger sherry butts allow you the luxury of relaxing a little and letting the whisky work with the casks.

BM: One striking feature of Bain’s 21 Years Old Double Cask is the choice of casks. After spending a total of 15 years in different kinds of American oak, the whisky was finished for no less than 6 more years in sherry casks. Here, you went for a rather unusual combination, namely Manzanilla and Amontillado. How did you end up making that choice – and what notes and qualities did the individual cask types add to the spirit?

AW: In total, we used four sets of casks to take Bain’s Double Cask to its full age of 21 years. Over the years, I have worked with more traditional types of sherry casks – with success! – so when the opportunity came to purchase some seasoned Manzanilla and Amontillado casks, I took it. Innovation is a major part of my role and although not all filled spirit sees the light of day and makes it to the bottle, the fun is definitely in trying.

Regarding Bain’s 21 Years Old Double Cask, the Manzanilla brings a dryness with floral aromas and the Amontillado provides more hazelnuts and aromatic herbs with hints of dark tobacco. The natural sweet and spicy notes from the Bain’s are complimented by both of them. This was a first for us; and to my knowledge Bain’s 21 Years Old Double Cask is also the first grain ever, which has been created using a combination of both Manzanilla and Amontillado casks. 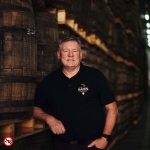 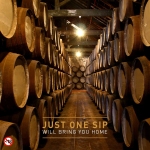 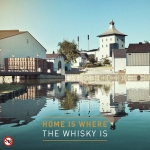 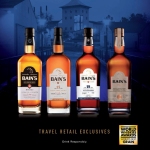 BM: On the label it says that only three Manzanilla casks and three Amontillado casks were selected for the vatting that brought forth Bain’s 21 Years Old Double Cask. Can you tell us a bit more about this? How many casks did you sample for this project in total; and what differentiated the chosen ones from the others?

AW: When I bring in casks there is not always a complete plan in place. I will put whiskies – both malt and grain of varying ages – into these casks; and even unmatured new make spirit in some cases. That’s also how I worked with the mentioned Manzanilla and Amontillado casks. Some whisky from them was already released before. Some is still slumbering along in our warehouses. And some was blended away as it clearly wasn’t working. For example, the Three Ships Master’s Collection includes a 12-year-old blend using malts and grains which have spent time in both American oak and seasoned Amontillado casks.

BM: When I tried Bain’s 21 Years Old Double Cask, two things amazed me in particular: the high level of complexity and the long finish. Arguably, both might not be the first qualities that one would associate with a grain whisky. Can you delve a little deeper into this issue? How did you and your team get Bain’s 21 Years Old Double Cask to provide such a diverse selection of flavors and to echo in the mouth for such a long time? Would you say that – due to the different ingredients and make, for example – it is generally harder to instill complexity and longevity in a grain than in a malt?

AW: One thing is for sure: The grain tends to take on the flavours from the casks quickly, so you really have to keep an eye on the maturation. Bain’s in itself has lots of flavours and I think a part of the success of this project was that the Bain’s 15 Years Old (i. e. core Bain’s plus a further ten years in older American oak) is known in its own right for being a solid whisky. The Bain’s flavours have just been allowed to develop further. Since the whisky already had that depth of character, it was easier to leave it in the seasoned sherry casks and monitor the process. Bain’s typical combination of sweet, spicy, soft, and smooth sensations formed the basis. To it, there now came added layers of fruit, nuts, tobacco, and wood – luckily for us, this just seems to have worked …

Generally speaking, malt has more complexity than grain. So it takes a little longer here to see if the relationship between whisky and wood will work. With grain you get an idea much quicker.

BM: Last but certainly not least a rather open question: Imagine someone was a dedicated malthead but hadn’t yet bothered too much about grain. What would you tell them in order to convince them to give Bain’s 21 Year Old Double Cask a try? And how might their perception of grain whisky change after they had savoured their dram?

AW: As we know, whisky is incredibly subjective and sometimes a person’s perception just can’t be changed. If someone was yet to be convinced of Bain’s, I think it would be helpful to tell them about the history of grain whisky. This kind of spirit has been around for almost two hundred years. However, for most of that time it was primarily used as an auxiliary: Traditionally, grain is used in blends as a lighter styled spirit aged in older casks. Its purpose is to soften down the complexity of the malts and make the final product easier approachable. To this day, almost 90 per cent of all whisky consumed falls into that category.

Our approach with Bain’s was totally different! From day one, we wanted this to be a stand-alone grain. By sourcing exceptional styles of wood, we have created something which we believe goes far beyond the perception that most people will have of grain whisky. If this particular grain – namely our 21 Years Old Double Cask – would be tasted blindly, I’m sure that it would surprise many a malthead with its complexity along with the slightly higher ABV and the warm lingering mouth finish. 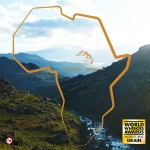 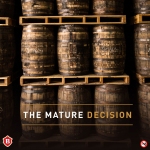 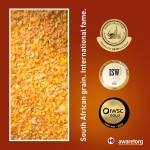 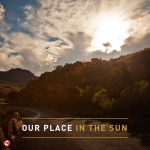 *** Images taken from Bain’s Facebook page and used with permisson. ***