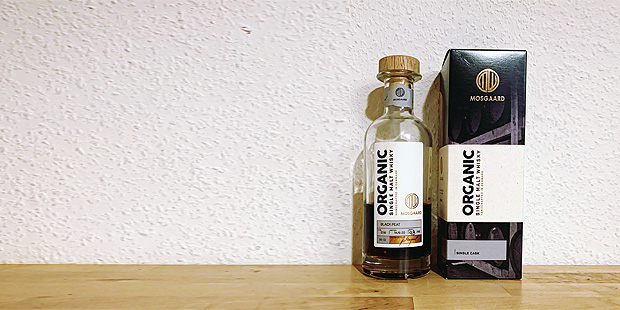 When my wife Dini and I visited Mosgaard Distillery in Denmark a few months ago, founder Jes treated us to many great drams while showing us around. One of our personal highlights was Black Peat, which marked the final expression of the culminating tasting we had after the tour. It was made from peated barley imported from the Scottish Highlands and finished in virgin Hungarian oak. In regard to its profile and character, Black Peat appeared to be a little sturdier and brawnier than the other pours we sipped that day, yet it still had the elegance and sophistication for which Mosgaard Distillery is known and loved. After trying it, we would have bought a bottle in an instant, however, the miniscule series of 96 pieces had already sold out right after release. Luckily, Jes was in an extra-generous mood that day. Cause when we looked into the cardboard box with the bottles we had bought, we found that he had slipped the started tasting bottle of Black Peat in there as well. This gave me the chance to revist the dram at home and write down my own tasting notes for it. If my words made you curious, you might want to keep a close eye on Mosgaard Distillery from now on: Even though you might have a hard time tracking down a bottle of Black Peat Batch 1, rumor has it that there might be at least one mor batch coming in the future … fingers crossed that this is true!

Eye: A beautiful mix of black and red.
Nose: From the glass rises a thick and dense cloud of smack. It is composed of strong licorice, burnt brittle, char-coaled wood, and cooled-off cigarette ash. The offered scents are all pretty dry and dusty. However, their phalanx gets penetrated by a juicy fruitiness (squashed bramble, jellied plum) time and again. Also, there is a potpourri of fine, powdered spices underneath. The mix includes cinnamon, curcuma, pepper, and sweet paprika.
Mouth: The first sip is surprisingly mellow; it takes a little while for this keg o’ Danish Dynamite to unleash its full vigor and fire. After a soft caramel kiss, the dram becomes increasingly rich with licorice, violet, pepper, ginger, and lime peel as well as roasted hazelnut and very dark chocolate. And, not to forget, a good dose of the name-giving black peat, appearing in the form of charred wood, extinct candle, and bright spark. Scattered atop all, there is a wee bit of brown sugar.
Finish: The finish is just as dark, spicy, ashy, and licorice-y as the palate. However, some sweet and chewy notes are present at this stage, too: marzipan, toffee, and gingerbread. The virgin oak shines extra bright now. As do mineral notes of chalk and stone. Black Peat’s well-orchestrated echo resounds complex, long, and good. 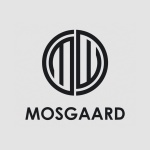 *** I got a started tasting bottle for free when I visited Mosgaard Distillery. ***