If you are a regular visitor of this wee blog o’ mine, you might have noticed that The Scotch Malt Whisky Society got featured quite prominently on BarleyMania in the recent past. There are two reasons for this: First, I am tremendously enjoying my membership at that illustrious dramming club. And second, both The SMWS and their German agency Alle Vögel Fliegen Hoch are currently sparing no effort to introduce themselves and their exquisite single cask bottlings to more people. This not only results in several dozen new releases being put out every month, but also in all kinds of tastings and other happenings taking place in the many cities the Society has representatives in. Thankfully, my home town of Hamburg is one of them.

The latest SMWS gathering I attended was a novelty, because it was the first event of such nature hosted by my friend Gearoid AKA The Whisky Jack. He invited his guests (~20 in total) to the cozy tba Bar in a backyard in the district of Altona. Situated about 10 minutes by foot from the eponymous train station in the West of Hamburg, the location was pretty easy to reach. And since we could not only sit inside but also chill outside, it marked a perfect place to spend a warm and whisky-soaked Friday evening at.

After a little sensory game that served as an “ice breaker” amongst the motley group of attendees, we began with the degustation of the five single cask bottlings Gearoid had selected for us. The first dram we tried was also the oldest of the evening: Before it got bottled, the summerly Glenlossie with the tongue-twisting name “A sweet thrill in the sawmill” spent almost a quarter of a century in a refill ex-bourbon hogshead. I found it to be rather fresh and fizzy in character. In the nose I had sparkling wine as well as pears, apples and lemons. In the mouth I made out a lot of citrus plus crunchy pineapple and heavy oak. The lasting finish was both malty and fruity with grapefruit, lime and rhubarb. A mighty fine start! Whisky number two was distilled at Glentauchers and named “Deep soul medicine”. One sip was all it took to identify this 11-year-old Speysider turned as an full-fledged sherry bomb. Sweet raisins, red wine gums, ripe strawberries, caramelized almonds and creamy raspberry toffee were but some of the many mouth-watering notes it offered. While this whisky brimmed with sweetness and fruitiness, the sherry wood also gave it a somewhat leathery and dusty quality that reminded me of a nobleman’s study in an old mansion.

From the Speyside we then hopped over to Islay. There, we savored a 19-year-old Bowmore called “Bus garage by the machair” and a 17-year-old Laphroaig named “Dance of Dove and Dram at De Librije”. The first was an intense coastal malt with a salty, mineral flavor profile. In it, clams and other sea food clashed with black tea and cold smoke as well as orange zests and mint leaves to form an stunningly complex interplay of smells and tastes. The latter (which I already knew from the “SMWS X UeberQuell” tasting I visited in April) was equally good. Since I did not introduce it in detail in my report of the aforementioned event, I will take some time to describe it now: The Islay-born liquid oozed with the strong smack of smoked meat and burnt rosemary. Underneath these prominent barbecue aromas, I also made out forest-y notes of dried moss and autumnal trees. A bit of apple and a whiff of peat rounded the whole thing off. On the palate, we then got a lot of caramel sweetness as well as crunchy cereals, moist wood, perfumed tobacco and bonfire smoke. Laphroaig’s signature iodine flavor remained far in the back. The finish was probably the longest of all the whiskies we had in the tasting. It was slightly salty, immensely meaty and utterly rewarding. Traditionally, a Society bottling with the number 29 on the label is an instant winner in my book. And the 29.214 marked no exception to that rule!

“Wait a second!”, you might shout at this point. “Originally you spoke of five whiskies, but so far you only mentioned four”. That is correct. I saved the 7-year-old Blair Athol called “Honey cake with elderflower icing” for last, because it took a special position in Gearoid’s tasting line-up. While the other four drams were enjoyed neat, this one was paired with a super-tasty pulled pork sandwich straight outta the smoker! When tried alone, I found dark chili chocolate, ripened red fruits and sweet plum jelly in the reddish golden pour. When sipped after a lusty bite of the accompanying beef burger, the spirit seemed less chocolaty and more fruity to me. Excellent stuff – both on its own and in combination with savory food!

Like most of the SMWS’s events, the whisky tasting and barbecue with The Whisky Jack was available for members and non-members alike. The ticket price of EUR 45 not only got us five excellent drams (plus free refills) and a yummy bite, but also four hours of fun, laughter, relish, talk and excitement amidst like-minded, awesome-to-hang-out-with people. A full success on all levels, this evening brought forth nothing but winners. To further underline this perception, let me close my review by telling you this: When Gearoid asked us for our favorites at the end of the tasting, roughly the same amount of hands shot up for each of the five whiskies. And they all did indeed deserve every bit of praise they got! 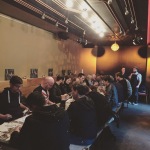 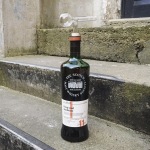 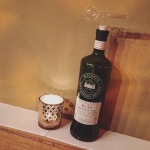 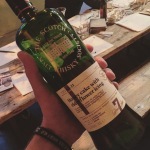 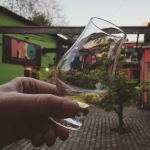 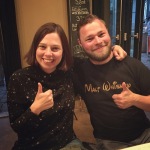 Thumbs up for the SMWS 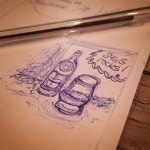