The regular BarleyMania readers will know it: I am mostly a malt whisky guy; bourbon and rye – though fantastic categories – only find their way into my glass occasionally. Against this background, I was extra-happy when spirits distributor Prineus GmbH invited me to a virtual “Bourbon & Rye” tasting earlier this week. After all, it sounded like a super opportunity to broaden my horizon a little. So I marked the date and tuned in via Zoom in time. Our host was brand ambassador Michele Reina, who knew so much about the topic that it almost felt to me as if he wasa living, breathing encyclopedia. Our drams were five exclusive picks from the broad portfolio of Lux Row Distillers and their extended family. In particular, we had three Kentucky straight bourbon whiskeys from Daviess County, one Kentucky straight bourbon whiskey from David Nicholson, and two Indiana straight rye whiskeys from Rossville Union. In the following, I will give you a brief description of each …

According to Michele, Daviess County is a rather complex and demanding bourbon brand. All of its expressions are made from four grains (corn, wheat, rye, malt) and matured in oak for a minimum of four years. When you sit with a Davies County whiskey, you better give it the appropriate amount of time to fully unfold its aromas, flavors, and sensations. We started with Davies County’s classic Straight Bourbon Whiskey. It was wonderfully fruity in the nose, offering the yummy scents of peaches and oranges. In the mouth, it felt sweet and sugary; after a while, it also produced that classic modeling clay note you often find in bourbons. The finish was not exceedingly long, but good and pleasing with a strong emphasis on bright fruits. Next up, we tried two limited editions from Daviess County, which were finished in French Oak and Cabernet Sauvignon casks. This raised some confusion at first, because several attendees – me included – thought that bourbon had to be matured exclusively in fresh oak barrels. However, the regulations only demand for the initial maturation to take place in such containers. Afterwards, you are free to finish the liquid in a used vessel and still refer to it as bourbon. So, how did these two wood types impact on the spirit? The French Oak added some really nice spice and chocolate notes, whereas the Cabernet Sauvignon provided lots of dried fruits and rich oak. Both whiskeys impressed me a lot! 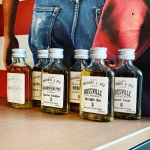 Our fourth sip – David Nicholson Reserve – was the oldest whiskey in the line-up. All components in its recipe are at least six years of age. Aroma- and taste-wise, this classic Kentucky straight bourbon offers lots of honey, vanilla, and pastry to the nose. On the palate, it then took me on a real rollercoaster ride: A pepper spiciness followed on a flummery sweetness, a chewing gum freshness appeared after a pomelo bitterness; all this culminated in a dry, mineral finish that almost sucked the saliva out of my oral cavity. Even though it offered such a wide range of sensations, I found the David Nicholson Reserve to be really quaffable and – in direct comparision – a bit easier accessible than the sophisticated Daviess County drams we enjoyed before.

Towards the end, we kicked the spice-pedal down a bit further with two ryes from Rossville Union, a brand produced at Ross & Squibb Distillery in Lawrenceburg, Indiana. According to Michele, the classic Straight Rye marked a great “bridge” from bourbon to rye. That is because the spirit’s smell and taste are quite close to the first-mentioned category (even though the pour officially belongs into the last-mentioned category). Personally, the drink’s well-pronounced sweetness reminded me of yet another kind of spirit, namely rum. During the degustation, Rossville Union’s Straight Rye placed in my nostrils and on my tongue delicate notes ot jellied oranges and lemons as well as brown sugar, fruit salad, raisins, truffles, and candy all-sorts. The Barrel Proof came directly after. With a natural strength of 56.3 per cent ABV, it was by far the strongest sip we drank that evening. I really liked its fruity, almost tropical character. Besides oranges and apples it also offered more exotic fruits like kiwis, lychees, and maracujas. Furthermore, there was lots of dextrose clashing with dark pepper. And some sturdier flavors (dark bread, green paprika), too … No doubt, this was an exquisite and tasty mix! And a classy way to end a great, highly informative “Bourbon & Rye” tasting! 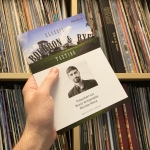 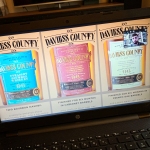 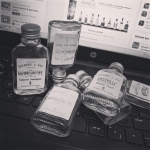